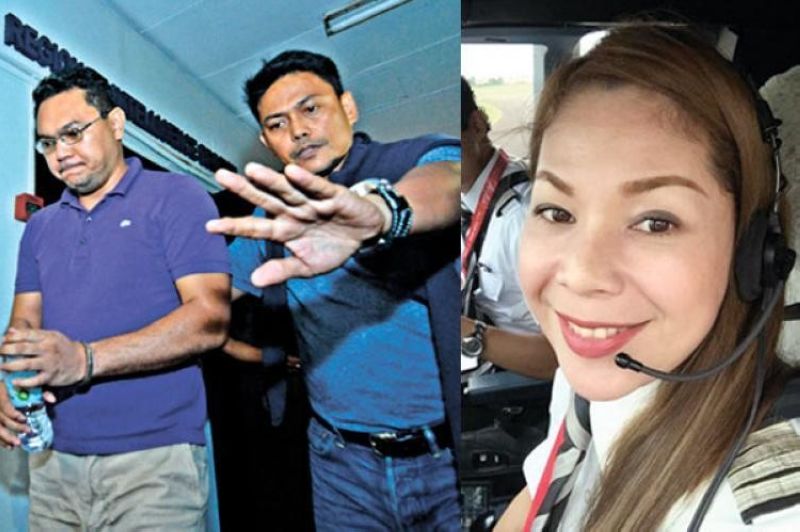 CEBU. Lawyers representing ex-Bohol provincial board member Niño Rey Boniel (left) gain a victory in their legal battle to prove his innocence after Regional Trial Court Judge Ferdinand Collantes inhibited himself from handling his parricide case. Boniel, along with six others, were charged for the disappearance of his wife, former Bien Unido, Bohol mayor Gisela Boniel, in 2017. (SunStar file photo)

A REGIONAL Trial Court (RTC) judge based in Lapu-Lapu City has inhibited himself from handling the parricide case against former Bohol provincial board member Niño Rey Boniel and the murder case against his cohorts.

The inhibition of Judge Ferdinand Collantes of RTC Branch 54 in Lapu-Lapu City came after Boniel's lawyers filed an urgent motion to inhibit and re-raffle the case.

Although it may cause further delay with the proceedings of the cases, private prosecutor Amando Virgil Ligutan said they are confident that the accused will be convicted of the crimes charged.

In his order, Collantes said he decided to recuse himself from handling the case against Boniel to prevent any doubts in any decision, order or resolution he issues during the proceeding.

“At the onset, it should be stressed that this court has consistently remained impartial in handling these cases. Whatever bias or partiality alleged by movants are more imagined than real. This court has remained steadfast in his duty of dispensing justice with fairness and objectivity. However, it is equally true that the accused have shown lack of faith in the judge. As such, whenever the judge will issue orders/decisions in favor of the prosecution or prejudicial to herein accused, it will always be imputed with bias or partiality," Collantes said, in his order.

Boniel was charged for parricide for the disappearance of his wife, former Bien Unido Mayor Gisela Boniel last June 7, 2017.

Apart from the parricide case, Boniel is also facing a charged for kidnapping and serious illegal detention before RTC Branch 22 in Cebu City filed by Gisela's bestfriend.

Separately, Ligutan said the motion filed by the defense is just a delaying tactic.

“The defense has been consistent in delaying these cases. But just because the defense was not happy with the previous two orders of the judge, so they asked for the judge's inhibition. We are confident with the cases and with the witnesses so it wouldn't matter if who is the judge who will handle the case,” Ligutan added.

After Collantes' inhibition, the cases will raffled again to another court.

Once a new court will be determined, proceeding of the case will continue.

Before the development, the defense was about to cross-examine the second witness of the prosecution. (RVC)