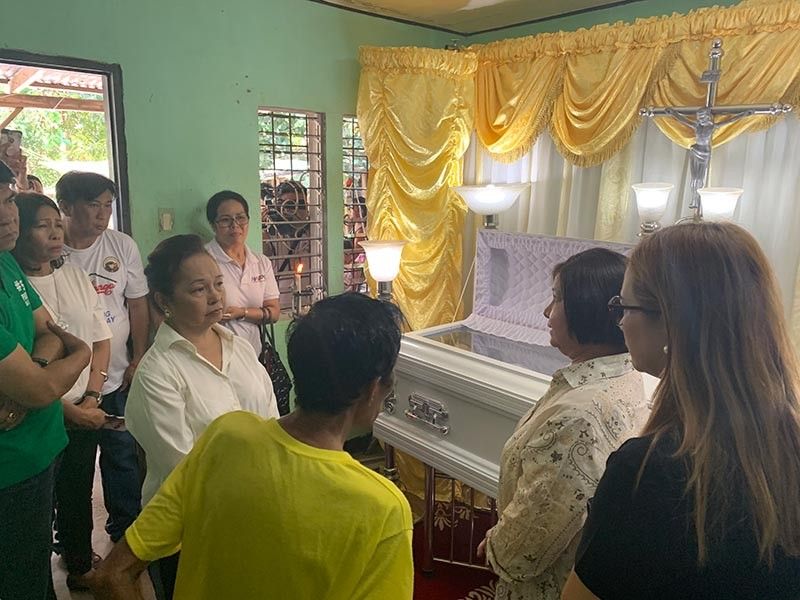 PAMPANGA. House Speaker Gloria Macapagal-Arroyo and Governor Lilia Pineda personally visit Wednesday, April 24, the victims from Porac and Lubao towns who died in the April 22 earthquake. With them is Board Member Fritzie David-Dizon. (Jun Jaso)

CITY OF SAN FERNANDO -- House Speaker Gloria Macapagal-Arroyo joined Governor Lilia Pineda to personally condole with families of the victims who died during the magnitude 6.1 earthquake that hit Pampanga on Monday, April 22.

They also pledged to coordinate with the families to cover all burial expenses of the victims who died in the earthquake.

One of the priorities, Pineda said, is also rebuilding houses for the affected families and shouldering expenses for the bereaved family.

Arroyo and Pineda also inspected the collapsed building of Chuzon Supermarket and asked the frontliners there about updates.

According to Arroyo, workers from the supermarket will be assisted by the Department of Labor and Employment. (PR)