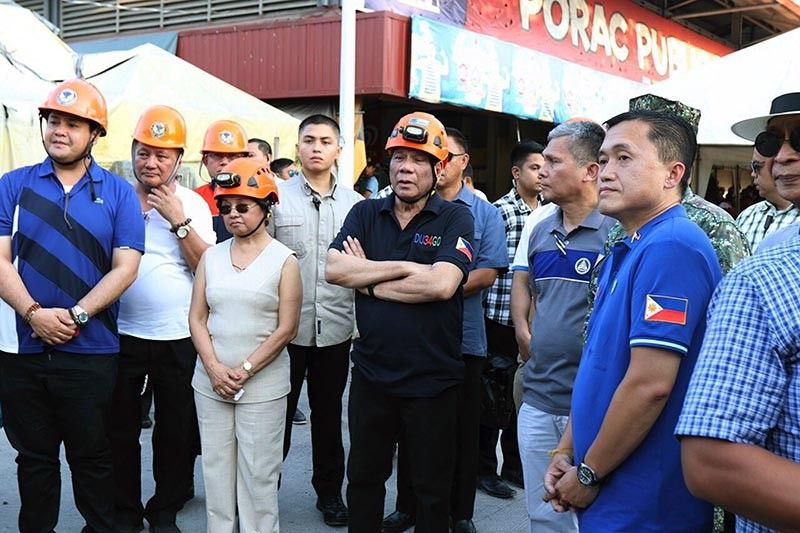 CITY OF SAN FERNANDO -- President Rodrigo Duterte expressed optimism Tuesday, April 23, that the effects of the magnitude 6.1 earthquake that struck Luzon Monday, April 22, will not slow down Pampanga's economic activity.

"I just toured around, okay naman. Everything is normal except for that one shopping center (Chuzon Supermarket in Porac). Maybe, managing the local economy will not be a problem dito," Duterte said during the situation briefing of Cabinet members held at the Provincial Capitol on Tuesday afternoon, April 23.

Responding to the report of the Department of Trade and Industry on the situation of businesses in the province, Duterte said the recent earthquake might not cause a serious damage on Pampanga's economy.

"I don't think there is much damage so as to cause an imbalance in the economy here. That is my sense sa negosyo, it would not really have much impact sa mga businesses dito," he said.

He also said that only a few towns were badly hit and that lives of majority of Kapampangans are back to normal, except for those in the hospital who were really affected by the earthquake.

Duterte, meanwhile, instructed Department of Health Secretary Francisco Duque III to ensure that all injured victims will be properly accommodated and treated in public hospitals.

Based from the latest report of the Provincial Disaster Risk Reduction and Management Council, the number of injured persons from different towns in the province has reached 83.

"Make sure that there is enough supply of medicines, especially blood. Make sure that victims will be properly treated," Duterte told Duque.