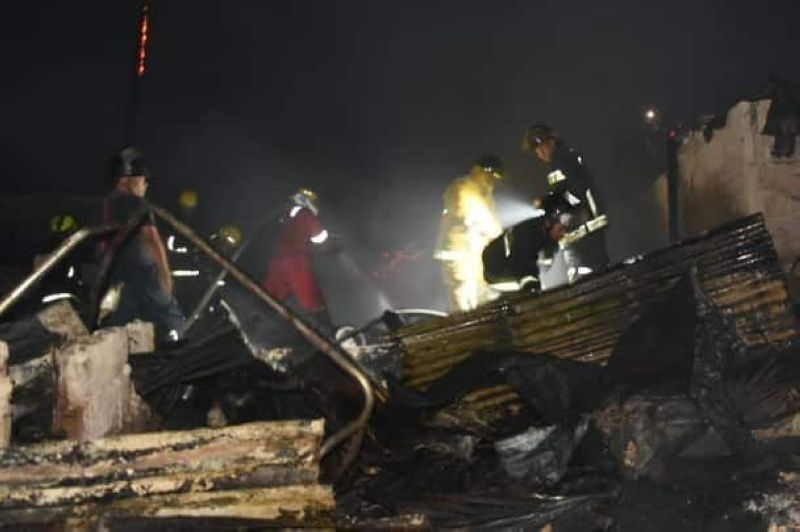 CEBU. Fire officials have yet to determine what caused the blaze that hit Upper Hermag Village in Barangay Pagsabungan in Mandaue City on Wednesday, April 24. (Sunstar foto/ Allan Cuizon)

FOI Johnrey Olmillo of the Mandaue City Fire Department said the fire was raised under third alarm as some of the houses were situated close to each other and mostly made of light materials.

SFO1 Noel Codilla, the fire investigator assigned to the incident, pegged the blaze at around P95,000.

Olmillo said they received calls from concerned citizens about the fire at around 5:51 p.m.

During the fire fight, local firefighters were assisted by volunteers and private firefighting groups to prevent the blaze from spreading to adjacent houses.

Olmillo said they are still investigating what caused the fire. (JKV)