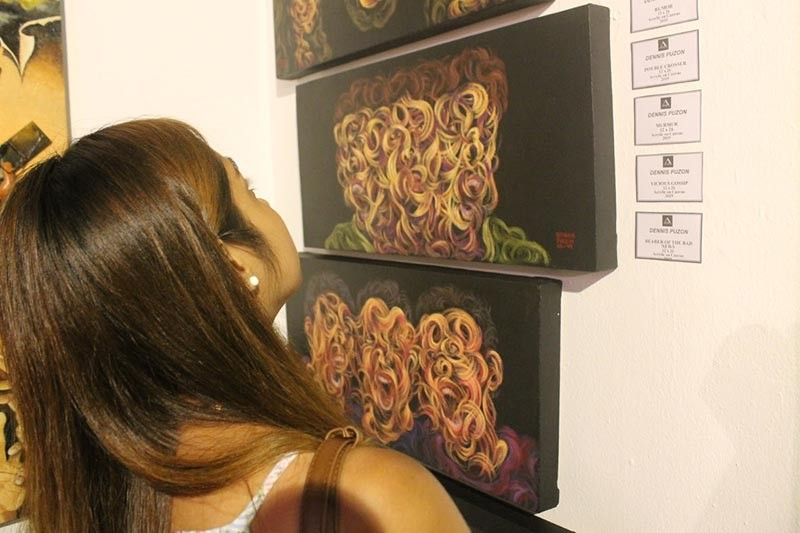 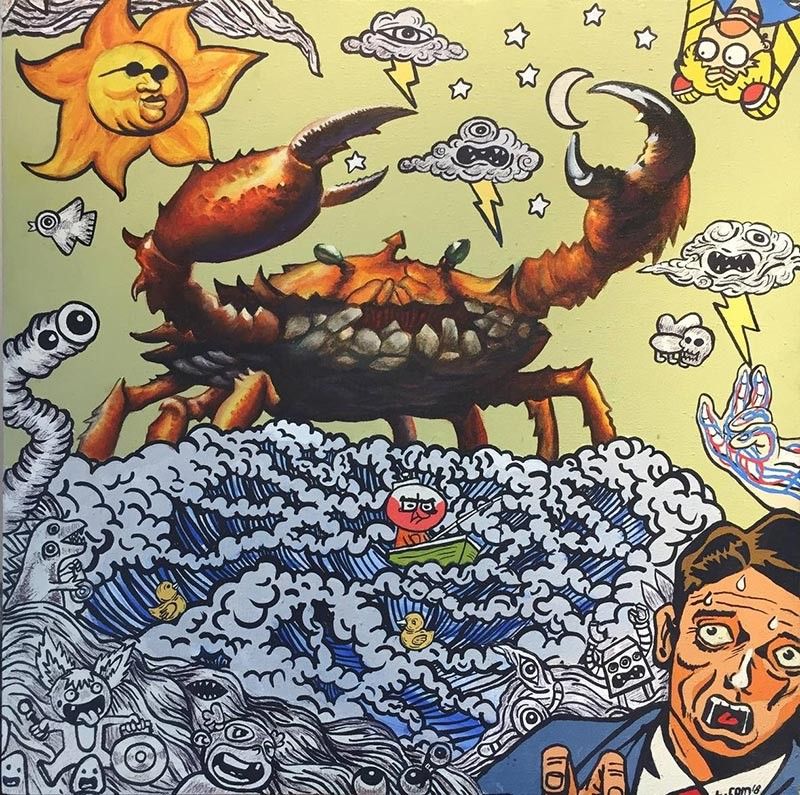 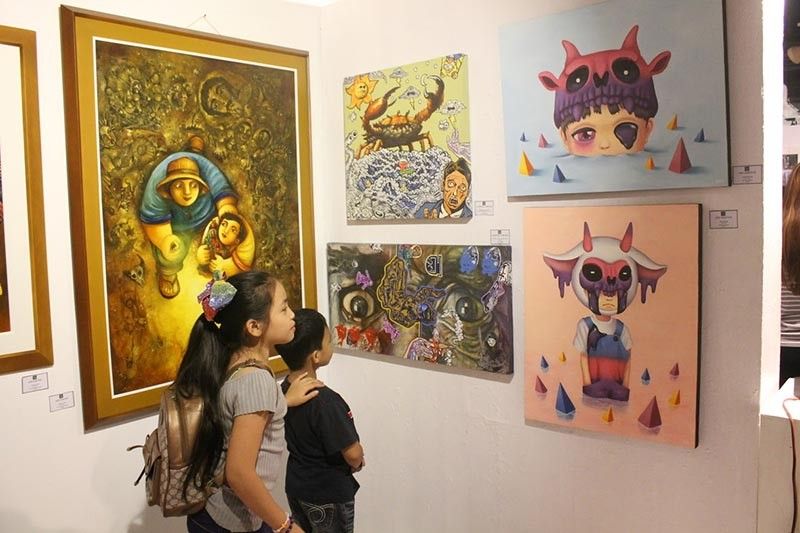 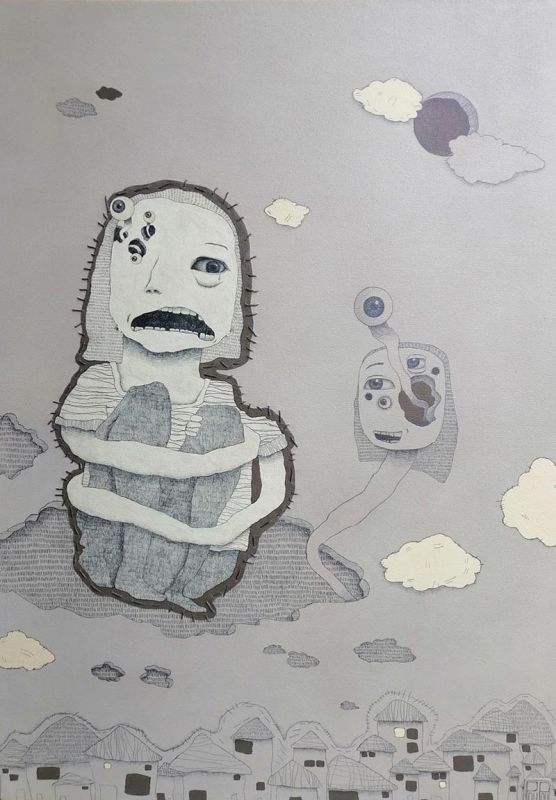 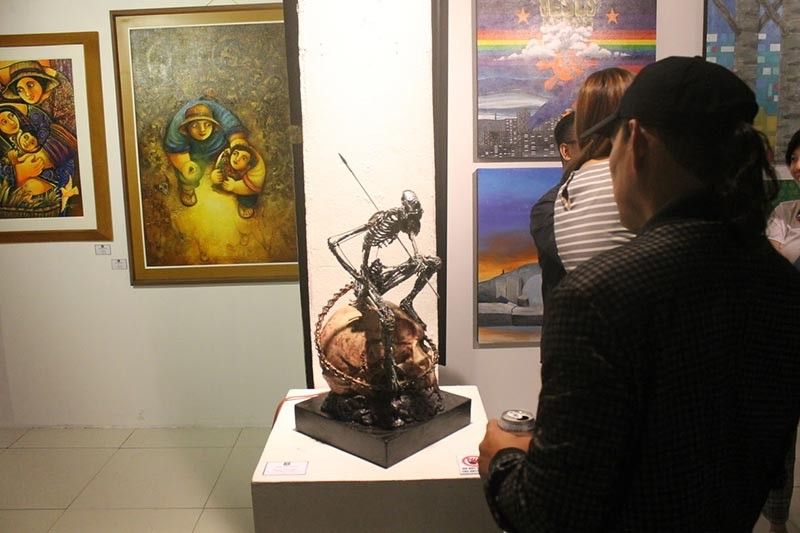 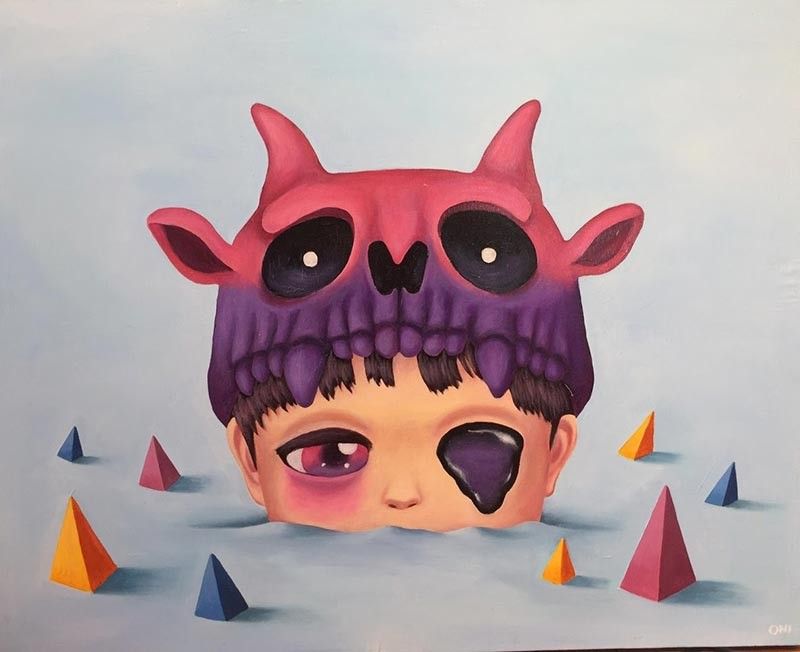 IN THE pool of Manila-based artists exhibiting, you’d never think to find Davao-based artist’s works to blend, even precede expectations, alongside the contemporary art flow in Manila.

On April 13, 2019 “Art Blast: Young Bloods and Young Hearts” celebrated their 10th annual exhibition held at the Art Center, SM Megamall, Mandaluyong. Hosted by Art Asia Gallery and organized yearly by Buds Convocar, who is also responsible in bringing the artists together, personally making sure artists and their works are exposed, ready for the exhibition.

Among the artworks exhibited, five of which are proud works from the young artists from Davao, Red Genotiva, Leonardo Comargo, Dennis Puzon, Jester Oani and Paula “PauPau” Feliciano. Supported by the Art Portal Gallery for Contemporary Art, managed and owned by Alfred Galvez, he and his team has successfully pushed for their first batch of artists, bringing in their fresh take on contemporary art.

Puzon’s portraits are the ones that portrayed the most emotion of eerie and electrifying. One might be reminded of Francis Bacon’s 1971, “Self portrait” with its curves and restlessness in movement. Seeing his works at the show and observing people trying to figure out his portraits, really was a delight to watch. From a distance, your eyes convince you that there is a face and it is a portrait, but when seeing the works up close, you’ll be baffled with where the eyes or the mouth really are. The play of colors from light to dark is truly something to watch out for.

But alternatively, figures of alienated details are a quirky asset for some of these young Davao-based artists. Feliciano’s 6-piece set titled “Going Back” is a harmonious narrative for her own experience, admittedly influenced from the dark phantasms of Tim Burton, an American filmmaker, artist, writer, and animator.

Feliciano’s work represent the generation that is exposed and who relates most to Burtonesque fashion and style that denies the usual looks of beauty found in films and animation, saturated by earlier generations of Walt Disney’s fairy tale films.

One of the pieces that was highly crowded by spectators during the show was Oani’s “Busaw Monkey”. This rare piece that shows such craftsmanship in details alongside the artist concept of representing unpopular Philippine myths. Oani’s work show much promise and determination of a unique perspective, a perspective which is always welcomed either by farce or force.

These artists are only the beginning of the future outpour of talents coming from Mindanao, how they translate the world using their unique surroundings, which creates fresh perspectives, is an advantage for these young ones. Art really is never about where you are but who you are in relation to the place, and all of these works came about through where these artists were, when they made it. Art is not found in the center of a city, but is inside a person with every intention to make art.

What makes this event worth talking about is the milestone Davaoeño artists are achieving in giving their artworks a chance outside their own circle. The reality is, we in Manila don’t hear much from the young artists and their artworks in Davao, mainly because Davao is known for its high tourist value which can affect the public’s perception amongst the individuality of people. Davao is known for their famous durian fruit and Lumad products.

What these Davaoeño artists are pushing forth is the message to the central pipeline in the Manila art scene that gradually lifts the “vail of tourism” for those artists beneath it. With more support from other spectators and initiators, contemporary artists from Davao can slowly create a new narrative for their own that will pave the way for other Davao-based artists. In the long run, they might even inspire other cities in Mindanao to step up in reshaping the artists and artworks that represent an entirely different life, changing perceptions and representations that show the life of real people.

With this in mind, watching out for Davao-based artists, including them in the eye line of artists to check out is a chance worth taking. (Tisha Almuete-Paculba)