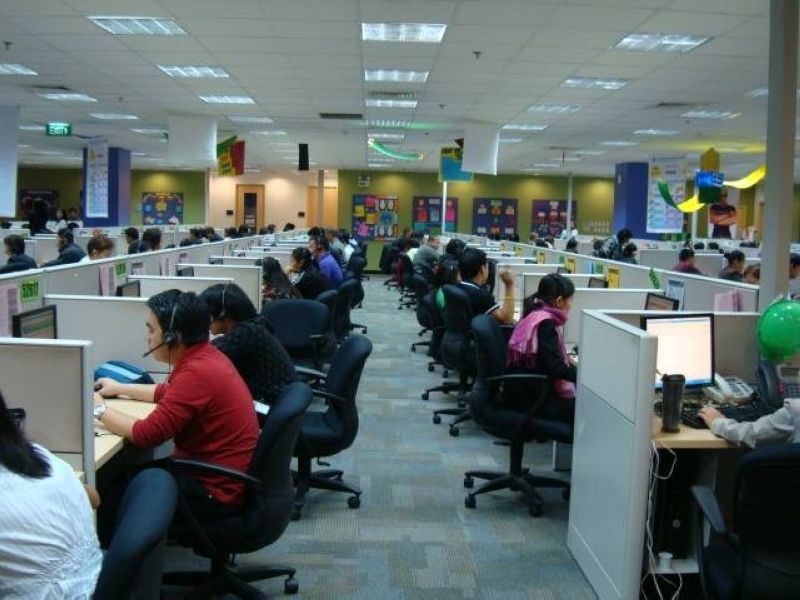 BACOLOD. Like Iloilo and Sta. Rosa, Bacolod City is no longer included in the Top 100 Super Cities list of global consulting firm Tholons International. In the photo, employees of one of the IT-BPO firms in the city. (Contributed Photo)

After placing 89th in the worldfs top 100 cities for global services in Tholons Services Globalization Index (TSGI) in 2018, the Negros Occidental capital city was no longer included in this yearfs ranking.

For 2019, only three Philippine cities are left in the top 100 list released by Tholons earlier this month.

These are Manila, which maintained its second spot, Cebu and Davao which both fell to 12th and 95th places, respectively.

John Dave Due?as, president of Bacolod-Negros Occidental Federation for Information and Communications Technology (BNEFIT), said the exclusion of the city from the Tholonsf competitiveness index is a sad news to the local information and technology - business process management (IT-BPM) industry.

Due?as said a lot of factors were considered but one thing that marred the cityfs standing is due to unavailability of the data for Bacolod and Negros Occidental at the Digital Cities Philippine portal www.digitalcitiesph.com.

gIn 2018, there was a move that instead of submitting data to the site we will prepare the data at the BNEFIT website, which was a miscalculation knowing that the portal is now a viable validation point for Tholons,h he added.

Due?as said the data of relevant information is available for investors who does due diligence. For a decade, the city has been poised as a fast growing IT-BPM location.

gPersonally, I think we can still keep the investors upbeat,h he said.

Tholons, in its website, said technology, business process management companies and multinational corporations need to align with the stark reality of digital innovation and transformation.

In its TSGI release in 2018, it included cyber security, digital skills, scale and global competiveness to gauge the wider aspects and impact of the digital ecosystem.

The 2019 index included new indicators such as the number of mobile phone and internet users, regulatory and compliance, digital investment, and usage of artificial intelligence and cloud.

gTechnology is redefining industries and enabling enterprise to diversify their product and service offerings. The only means to survive this competitive business ecosystem is to evolve,h it added.

For 2020, the BNEFIT official said they will work closely with Bacolod City Government and ICT Council stakeholders in order to update the profile and position the city as a premier destination for IT-BPM locators and investors.

Due?as said they are taking the non-inclusion on the list as a challenge within the industry players to set aside politics and focus more on what is essential for industry growth.

gWe have 35,000 full-time employees in the industry that deserve more support and attention that they need,h he added.

Moreover, the Philippines also fell three notches in the list of Top 50 Digital Nations this year. From ranking second last year, it dropped to fifth spot for 2019.

The Top 10 Digital Nations according to rank are India, Brazil, US, Canada, Philippines, United Kingdom, Russia, Mexico, Singapore and Argentina.