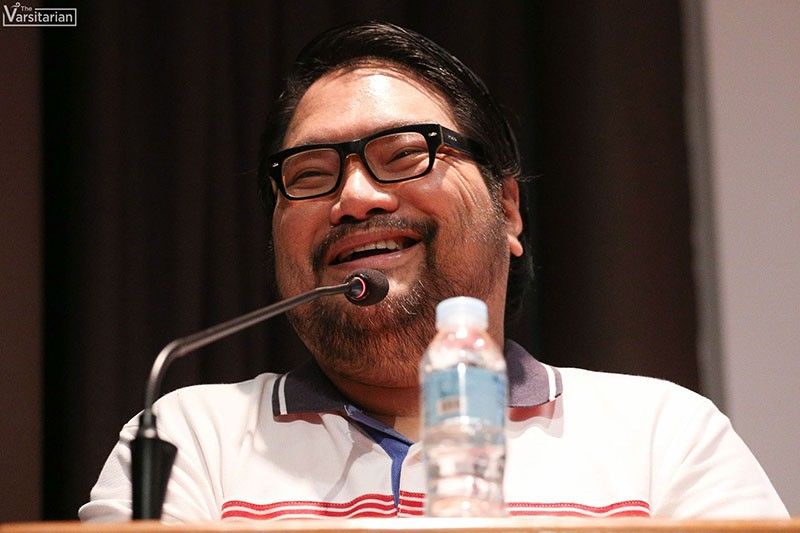 (UPDATED) - Journalist Felipe Salvosa II has resigned as managing editor of The Manila Times over the paper's publication of an "association matrix" that linked some journalists to an alleged plot to oust President Rodrigo Duterte.

"I just felt it was time to go after that ‘matrix’ story. I felt I had to say something about it," he said in a text message.

Salvosa, who is also the coordinator of the University of Santo Tomas (UST) journalism program, quit on April 24, UST school paper The Varsitarian reported.

His resignation came two days after the matrix was published along with an exclusive story written by the paper's owner Dante Ang.

Salvosa had reportedly tweeted: “A diagram is by no means an evidence of ‘destabilization’ or an ‘ouster plot.’ It is a very huge stretch for anyone to accuse PCIJ, Vera Files and Rappler of actively plotting to unseat the President. I know people there and they are not coup plotters.”

He was asked to resign, but he told Ang that he was about to leave anyway.

In a statement, The Manila Times president and CEO Dante "Klink" Ang II said Salvosa was asked to resign for behaving unethically "when he posted a statement on social media without first notifying or clarifying with our Chairman Emeritus, Dr. Dante A. Ang, the issues that he had with our story 'Oust-Duterte plot bared', written by the owner himself."

The younger Ang also said the paper stands by its matrix piece.

Salvosa has been a journalist for about 20 years, working with the BusinessWorld and Financial Times. He had served as managing editor of The Manila Times since 2016.

The matrix, which Malacañang said came from the President, alleged that journalists from Vera Files, Rappler and the Philippine Center for Investigative Journalism as well as the National Union of People’s Lawyers were involved in a plot to oust Duterte.

The PCIJ, in a statement, described the report as "wrong on all points".