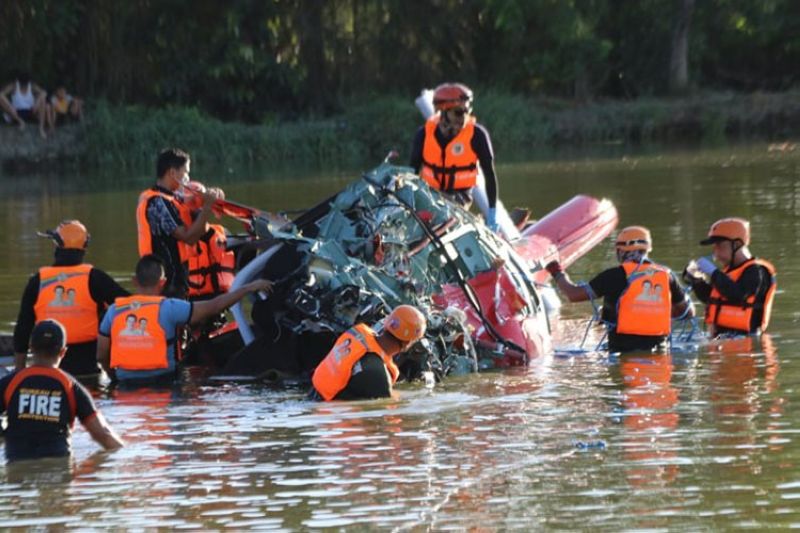 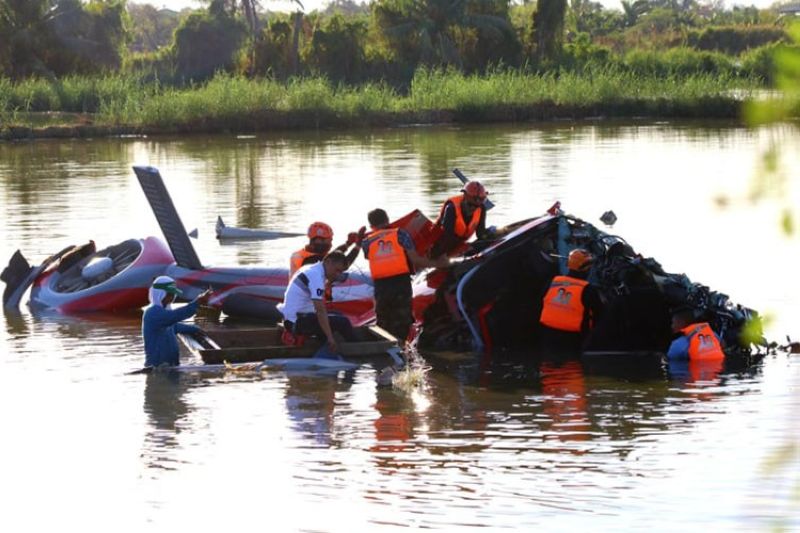 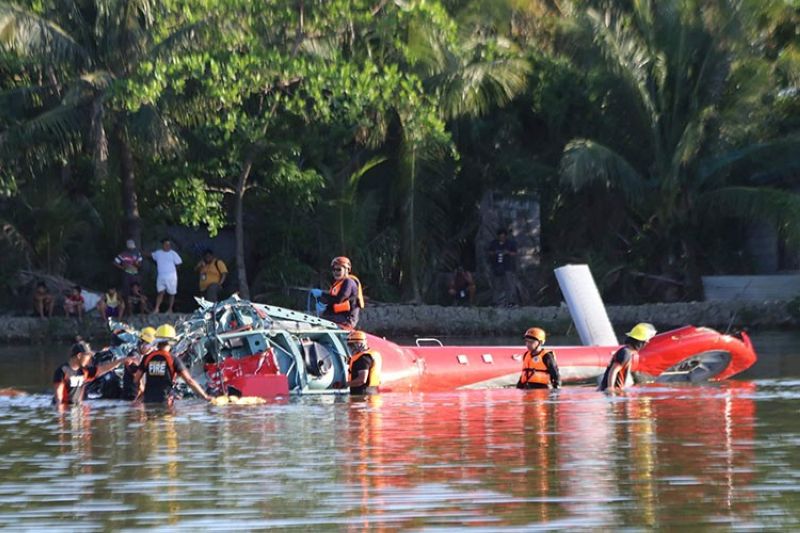 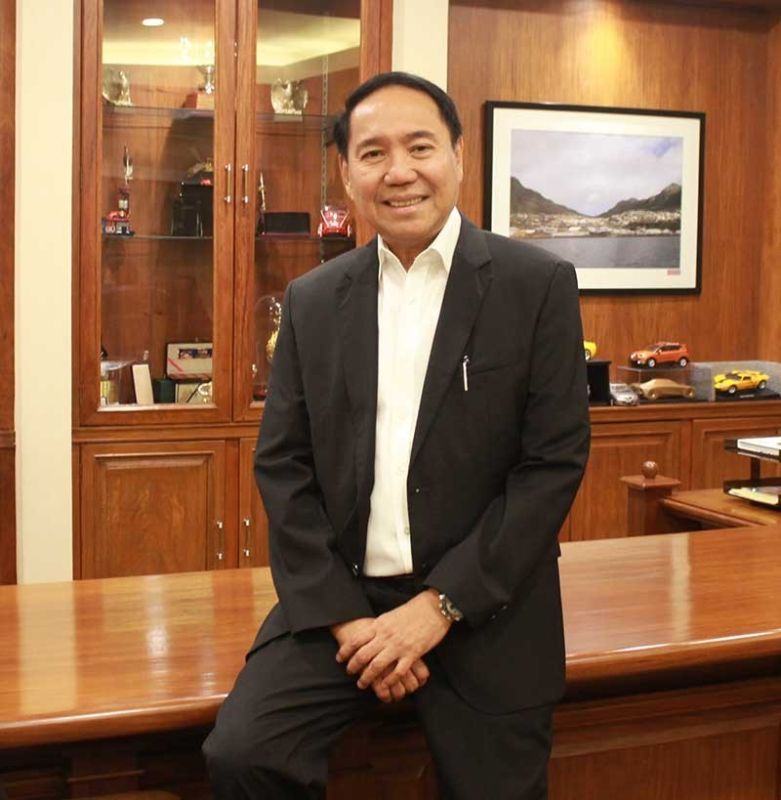 Laus and pilot Everette Coronel died on the spot, while Wilfran Esteban died at a local hospital.

Laus, 68, was the chairman and CEO of the Laus Group of Companies, the largest multi-brand car dealership network in the country. The group also co-owns SunStar Pampanga.

Laus was also the chairman emeritus of the Pampanga Chamber of Commerce and Industry and former president of Clark Development Corporation, among others. He was also the owner of local television network CLTV36.

An eyewitness identified as Jonald Borlongan, a resident of Barangay Anilao, said he noticed that the chopper was already malfunctioning while in the air, as it was seen exhausting thick smoke.

Borlongan said that as it was about to take an emergency landing in the area, parts of the chopper, including its main rotor, started falling apart until it crashed into a fishpond.

(After the crash, we rushed to check, but we cannot go near as it might explode. We then saw the two passengers; one of them had a wound in the head.)

He added that upon checking the aircraft, they saw another passenger, who was later identified as Esteban. They immediately took him to the ground but Esteban started vomiting blood.

Borlongan said an ambulance immediately came to the rescue but the two passengers were already declared dead on the spot, while Esteban still showed signs of life.

Personnel of Civil Aviation Authority of the Philippines (Caap) started collecting the parts of the aircraft to conduct a thorough investigation.

Caap Air Crash Investigator Harry Paradero said they have already factored out weather condition and possible overloading as cause of the crash.

(Based on the helicopter's model, there was still room for other passengers, aside from the three. The weather condition is not also a factor, as the weather was fine Thursday, April 25.)

He said they have yet to check the actual cause of the aircraft malfunction after they are able to re-assemble it.

(We cannot see what caused the malfunction because the aircraft is still in the water. We will assemble first the pieces to identify the problem.)

The Caap, in a statement, also said that the helicopter, which was owned by Laus, left the Ninoy Aquino International Airport (NAIA) general aviation area at 12:28 p.m. Thursday for San Fernando City in Pampanga.

Laus's colleagues in the business community were shocked to learn about his untimely demise.

Below is the official statement of the Laus Group of Companies:

It is with great sorrow that the Laus Family and LausGroup of Companies (LGC) announce the tragic loss of our patriarch and esteemed Chairman and CEO, Liberato "Levy" P. Laus. He was 68.

Levy to family and friends, LPL to colleagues and associates, he was a visionary and leader who championed countryside development with such idealistic and vigorous zeal. He made and left an ingrained mark in the automotive industry as well as the lives of numerous partners he inspired and encouraged, family and friends he loved and cherished, and clients he served and helped.

His untimely passing unfortunately came at a time when he was looking forward to greater things, not only for the LGC, but also for the whole province of Pampanga, especially his beloved city of San Fernando.

He unfailingly demonstrated the exceptional values in business, integrity and compassion in all his work. His enthusiasm, quick wit and endless charm will inspire and stay with us always. He will be remembered for his love of and dedication to the LGC as a group of companies, as a brand, as a family. He will be greatly missed.

We request that, in lieu of flowers, memorial contributions be made and donated to the Levy P. Laus Foundation, Inc.