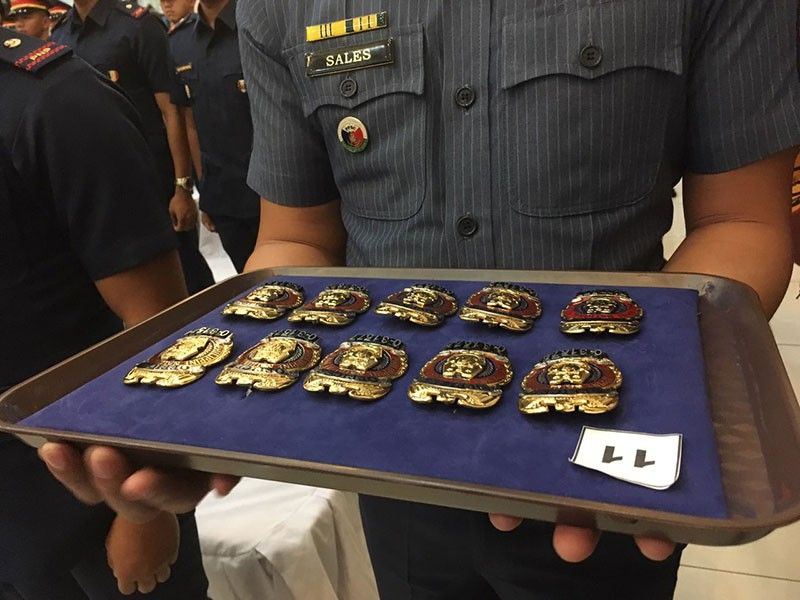 MANILA, Badges of honor were awarded to the new commissioned officers upon their graduation from the Philippine National Police (PNP) Academy. (Photo by Third Anne Peralta-Malonzo/SunStar Philippines)

The 138 newly appointed commissioned officers received their badge of honors from PNP officials in a ceremony in Camp Crame.

PNP chief Oscar Albayalde pinned that of Lieutenant Jervis Allen Ramos, the valedictorian of the PNPA “Sansiklab” class of 2019.

Albayalde reminded the 138 new police officers not to tarnish their badges and the PNP.

(My advice to them is for them to serve diligently, uphold the law and respect human rights.)

(This is what our police officers should take to heart.)

He said the new cops will be deployed initially on election duties prior to undergoing other police trainings including commando and basic internal security operations course.