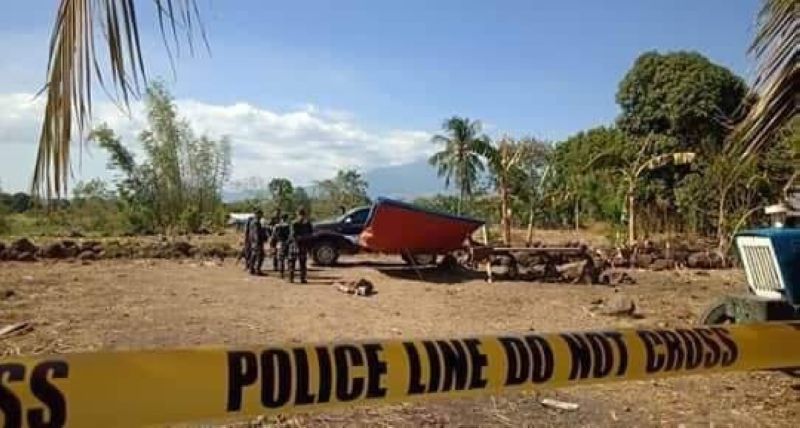 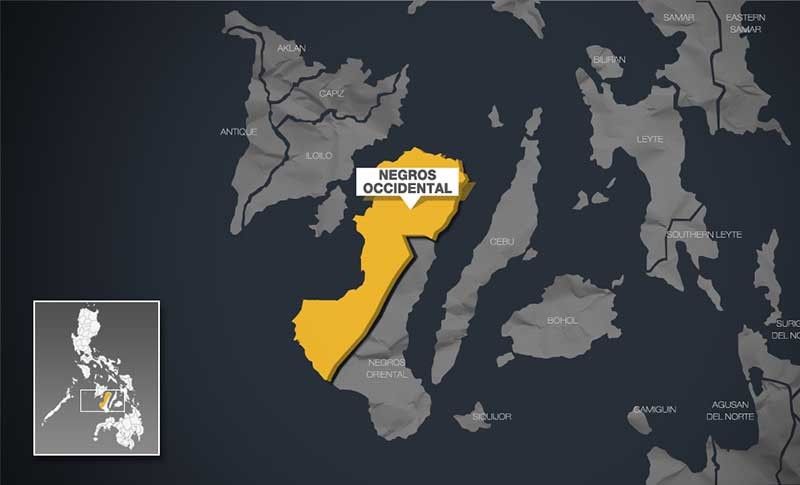 ANOTHER reelectionist councilor was killed in an ambush in Barangay Inolingan, Moises Padilla, Negros Occidental three weeks after a town official was also murdered in the same village late March.

Killed was Councilor Jose Antonio “Michael” Garcia. He is the third reelectionist councilor killed in the province in the height of the election period this year.

His uncle, Jose Marcelino “Mark” Garcia, former president of the Association of Barangay Captains (ABC), also died in the incident.

Michael and Mark were the nephew and brother of incumbent Vice Mayor Ella Celestina Garcia-Yulo, respectively.

Police Captain Junji Liba, town police chief, said the victims were on board a pick-up truck after they came from a campaign sortie when about 20 unidentified armed men riddled their vehicle with bullets.

They died on the spot because they were shot at close range, Liba said.

Liba said Garcia-Yulo, who is running for mayor in the town against incumbent Mayor Magdaleno Peña in this year’s May 13 elections, was riding in another vehicle when the incident happened. She was unharmed. No other injuries were reported.

Garcia-Yulo, who went emotional, in a media interview, said her nephew and brother saved her from the attackers when they used their car to block the gunmen.

She believed that she was the target of the assailants but she was able to hide in nearby houses.

She said her sibling and nephew were left behind and killed.

Police have yet to establish the motive in the killing.

Negros Occidental Governor Alfredo Marañon Jr., who personally went to the town after the incident, offered P1 million reward for any information that will lead to the capture of the perpetrators behind the ambush slay.

Marañon and Garcia-Yulo, in a press briefing, appealed to President Rodrigo Duterte to urge the law enforcers to arrest the perpetrators and file cases against them.

Former fourth district representative Jeffrey Ferrer, and Isabela Mayor Joselito Malabor also rushed to the area when they learned about what happened.

Let’s put our trust and confidence to the police investigators on this case, Marañon said.

“Indi puwede na mapadayon ini. Sobra na ni. Tapnaon ta ni” (This can’t continue. This is too much. We should put an end to this), the governor said.

Marañon said he will recommend to the Commission on Elections (Comelec) to place the town under their control, following the series of attacks against political candidates.

The Comelec declared Moises Padilla an area of immediate concern under red category, following the death of reelectionist Councilor Jolomar Hilario at the same village on March 31. It was allegedly perpetrated by the New People’s Army (NPA).

On April 22, Escalante City Councilor Bernardino Patigas Sr., who was running for reelection, was also killed by an unidentified motorcycle-riding assailant in Barangay Alimango. He was a human rights advocate.

Police Colonel Romeo Baleros, Nocppo director, who immediately proceeded to the area, said the local police is on top of the situation to ensure that justice shall be served.

It is an inhumane action which resulted to the death of Sangguniang Bayan Board Member (SB) Michael Garcia and former ABC President Mark Garcia of Moises Padilla, Baleros said in a press statement.

Pursuit operation is ongoing for the apprehension of the perpetrators at the soonest possible time, he said.

A Special Investigation Task Group will also be created to focus probing the incident.

We will exert all efforts to identify these perpetrators, he said.

For his part, Police Brigadier General John Bulalaco, regional director of Police Regional Office (PRO) - Western Visayas, said he ordered the local police to identify and arrest the suspect behind the attack.

I want them to apprehend the attackers as soon as possible, he said.

More or less we’ll soon know the persons who will be investigated for the crime, he said.

Fifth District Congressman Alejandro Mirasol said that he was in the middle of a caucus in Barangay Santol, Binalbagan when he heard of the news.

“I was shocked. I can’t believe it. Authorities especially the PNP should fast track the investigation to identify and arrest the assailants”, Mirasol said.

He said that Moises Padilla at the height of the election season is getting more violent. “It seems that the candidates in the area are not safe at all while going around to get the votes of their constituents,” the lawmaker added.

Mirasol is now running for mayor of Binalbagan.

Board Member Salvador Escalante, Jr., secretary general of the United Negros Alliance (Unega), condemns the killing of the two members of the Garcia family.

Escalante said that he was shocked to hear the new about the killing of the SB Members Michael Garcia and Mark Garcia.

“This is a senseless killing. What can they get from killing the two local officials? This threatens the election in the town because this will create fears on the voters and the candidates as well. I hope Justice will be served,” Escalante said.

Vice Governor Eugenio Jose Lacson said that he hopes the authorities could still find a way to maintain order in Moises Padilla, since in a certain period, two incumbent town councilors were killed, including SB Member Jolomar Hilario.

“I wonder if Moises Padilla were under Comelec control as I have earlier suggested, would this have happened? I am saddened by the ambush incident this morning in Barangay Inolingan, Moises Padilla which claimed the lives of SB Member Michael Garcia and former ABC President Mark Garcia,” Lacson said.

Additional police personnel and military troops were deployed in the town to secure the place after the series of killings involving city officials.

Police Major Edison Garcia, public information officer of Nocppo, said members of the Provincial Mobile Force Company and other units at the headquarters were sent to the area as part of the reinforcement of the existing law enforcers in the town.

For his part, Brigadier General Arevalo, commander of the 303rd Infantry Brigade of the Philippine Army, said the incident was considered an election-related violence.

More troops were dispatched to the area as an advance deployment prior to its supposed full deployment on May 1 in preparation for the elections in two weeks.

We will intensify our checkpoint operations in coordination with the police in the town, Arevalo said.

It’s unfortunate that it happened. We will not allow it to happen again, he said.