The wildest predictions on how ‘Avengers: Endgame’ will end 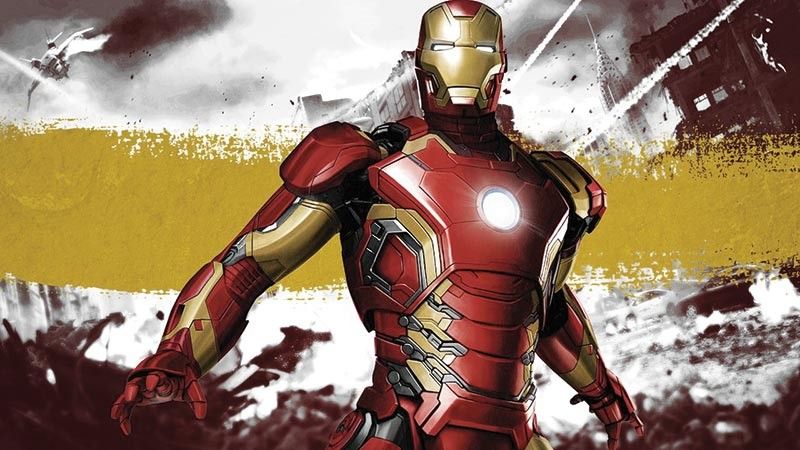 THE most-awaited action-packed conclusion to Marvel Cinematic Universe’s Infinity Saga will be arriving in a few weeks, and fans all over the world are gearing up for this epic finish. Reported to be the longest film in the franchise with an estimated three-hour running time, Marvel Studios’ “Avengers: Endgame” has fans’ imaginations running wild on how the saga will end and how their favorite heroes will #CompleteTheMission.

With that, we have compiled some of the wildest “Avengers: Endgame” fan theories that will excite the Marvel geek in you!

A Reddit user made an interesting theory regarding Tony Stark’s future. The theory goes:

Tony is going to have to sacrifice something, the same way Thanos had to sacrifice Gamora. But instead of sacrificing Pepper Potts, he’ll have to sacrifice something even greater. He has to go back in time to 1991 to infiltrate HYDRA, seek out the Winter Soldier, and order the hit on his parents himself. By sacrificing those he loves the most, he receives the Soul Stone to fight against Thanos—despite knowing the pain and anguish that it will incur and leading to the events of “Civil War.” It would be the hardest decision that any character has had to make in the entire MCU, and a decision that only Tony Stark himself could make, a burden that only he could bear, truly exemplifying him as ‘Iron’ Man.

A Winning Sacrifice for Cap

The second theory focuses on Iron Man’s “frenemy,” Captain America. Here’s what another Reddit user had to say about one of the franchise’s most beloved characters of all-time:

It’s safe to assume that “Endgame” will involve some sort of time travel, based on the trailers. One of the most common predictions is that Cap dies fending off Thanos as the other Avengers escape. But what if this scene actually takes place in 1942 after the Avengers have travelled back in time to retrieve the Space Stone? Here, Cap ‘dies’ defending the Avengers from Thanos. Towards the end of the movie, we see Bucky at the Captain America museum from “The Winter Soldier” looking at a photo of an elderly Steve with Peggy Carter and their family. A plaque under it reads STEVE ROGERS 1918-2011. Steve actually survived the encounter with Thanos and instead died of old age with Peggy. Yes, Steve dies and it’s emotional, but we get to see Steve get what he really wanted all along and a good happy ending that would satisfy fans. His character arc goes full circle. He sacrifices himself, but not really because he gets what he wants.

In the “Ultraverse” storyline of the Marvel Comics, the Infinity Stones weren’t just created at the Big Bang – they were once part of an all-powerful being called Nemesis. Lonely, she broke her power apart into the stones and scattered herself across the universe, with the seventh stone, the Ego Stone, housing Nemesis’ consciousness. So there could be another stone out there for the heroes to find and use. It could remove Thanos’ capabilities by reviving Nemesis.

Need a compelling reason that would make you wait until the final seconds of the end credits? Check out this exciting speculation:

Not long ago, Fox and Disney shareholders agreed to the massive $71 billion Disney/Fox merger that will give Disney a majority of 21st Century Fox’s assets, including its film studio and its properties. That means that by early-to-mid-2019, once the deal is approved in other countries, the X-Men and the Fantastic Four will come back home to Marvel. While the merger is still in the works, fans have already theorized that Avengers 4 will feature a Fox Marvel character, who would introduce the X-Men or the Fantastic Four to the MCU. Many think this character will appear during an end-credit scene, with the fan-favorite pick being Doctor Doom and Kang the Conqueror.

Don’t worry, you can have a movie marathon anytime, anywhere with DisneyLife—an all-in-one app where you can catch your favorite movies, shows, and music from Marvel, Disney, Pixar and Star Wars. If you’re a Globe Postpaid subscriber, you can enjoy a 30-day subscription to DisneyLife for only P149 per month by texting DLIFE149 to 8080.

With Globe Postpaid’s #ThePLAN and DisneyLife, catch up on everything Marvel and be up-to-speed with the wildest fan theories as you #CompleteTheMission. (PR)