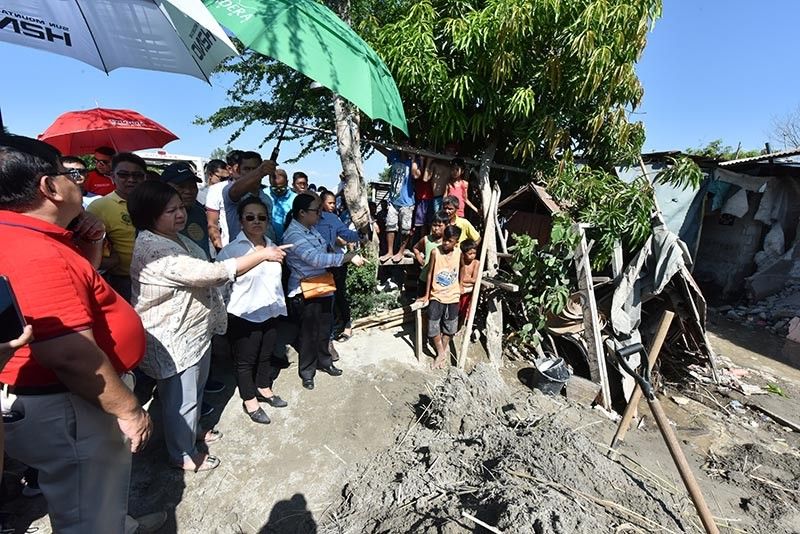 Pineda and Arroyo, together with Second District Board Member Anthony Torres, Lubao Mayor Mylyn Pineda-Cayabyab, Guagua Mayor Dante Torres, Vice Mayor Sajid Eusoof, and other local government officials and units of Guagua went to the area on Wednesday, April 24, to personally check the situation of the residents there.

The leaders assessed the conditions of roads and other infrastructure to see the extent of the damage by the earthquake.

Some houses were partially destroyed. Some were also totally devastated, leaving a lot of residents homeless.

Others were seen sifting through the rubble, looking for salvaged items left by the tremor with the slightest hope to rebuild their houses.

In response to this hopeless situation, Pineda and Arroyo vowed to help the local government unit (LGU) of Guagua for the immediate rehabilitation of the damaged houses, bridges, and roads.

Barangay San Rafael in Guagua is among the towns in the province that were severely devastated after the quake.

According to the initial report from Engineer Diosdado Cruz, assistant municipal engineer of Guagua, nearly 34 residential houses were affected as of Tuesday afternoon, April 23.

Meanwhile, ongoing embankment assistance in the area was already provided through the initiative of the Provincial Government and LGU of the municipality.