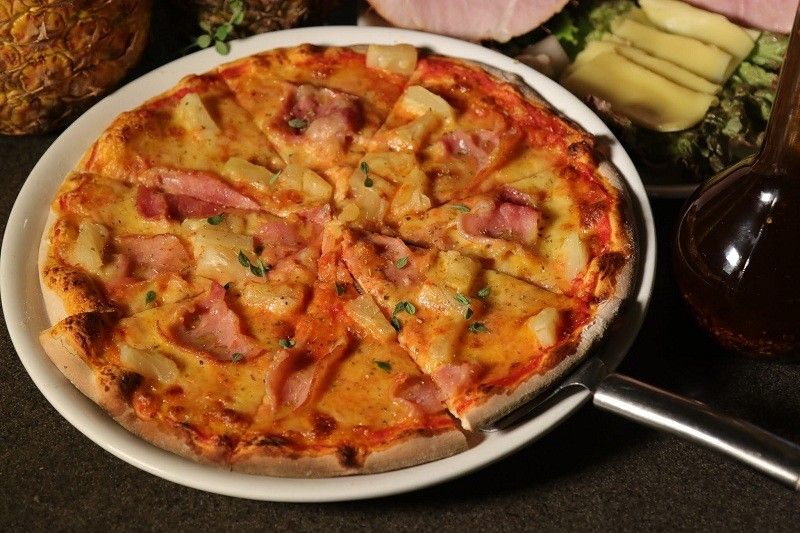 WHO doesn’t like pizza? Almost always, pizza is everyone’s favorite. It’s one of the safest potluck food for family and barkada events.

But this universal fondness towards pizza stops when the question on whether pineapples go well with pizza or not arises. According to Time Magazine, the person behind putting small chunks of pineapples on pizza is Sam Panopoulos, a restaurateur in Ontario, Canada who was born in Greece.

He first tried pineapples on pizza in 1962 as an experimental means to attract more customers in his restaurant. It was only in 2017 when Panopoulos died at the age of 83. This could be an interesting trivia for a pizza variety we call “Hawaiian pizza” which actually originated in Canada and not in Hawaii.

Ever since his experiments, different pizzeria all over the globe had adapted this variety of pizza. While some loved it, a few others do not like any fruit on their pizza together with the meat and the cheese. Even if it sparked informal debates online, still the Hawaiian pizzas remain a staple variety here in the Philippines.

More particularly in Davao City, many local brands of pizzeria have perfected and crafted their own version of Hawaiian pizzas that became the favorite of their loyal customers.

For SunStar Davao’s Best of Davao 2019 segment, we asked help from our followers, lifestyle columnists, and staff to determine which Hawaiian pizza brands in the city they have grown to love and they still go back to until now. We also invited restaurant owner Jose Tabbada, dean of College of Hospitality & Tourism Management of HCDC Raffy Yroma, and Mutya ng Davao 2019 Clydel June Tabacolde to taste and assess for themselves the top three Hawaiian pizza places we gathered.

While Tabbada admitted that he is not particularly into pineapples on his pizza and that he would prefer meatier varieties, he was still all-smiles and very satisfied after smelling and tasting Pizza #3.

Yroma initially said that what he is looking for in a Hawaiian pizza is the creaminess of the cheese, the meatiness of the meat, and the chewiness of the dough. He obviously enjoyed eating Pizza #3 as he found all of these traits there. In the same way, Tabacolde said this is really the pizza she would prefer, tasting the full flavor of the meat and the cheese together.

At the end, Picobello Ristorante Italiano, also known as Pizza 3, really won the hearts of the judges. There was no question. The moment the pizza was served to them, they had a smile – all the more when they were able to taste it.

Picobello started in the early 2000’s at Gaisano Ilustre. According to owner Rochelle Venuti, they were the ones who started with the Buy One Take One pizza promo in the city in order to lure in more customers during dead hours which was usually around 2 pm to 5pm. This promo also became a hit and Picobello’s identity back then. This risk to try something new is somewhat similar to what Panopoulos did in the 60s. Now, Hawaiian pizzas are a hit worldwide. In the same way, Picobello’s Buy One Take One promo back then is now being adapted by many local pizzeria places in the city.

Picobello Ristorante Italiano is now located at The Shoppers at Woodlane, Diversion Road, Ma-a, Davao City. They can be contacted through (082) 327-6264.