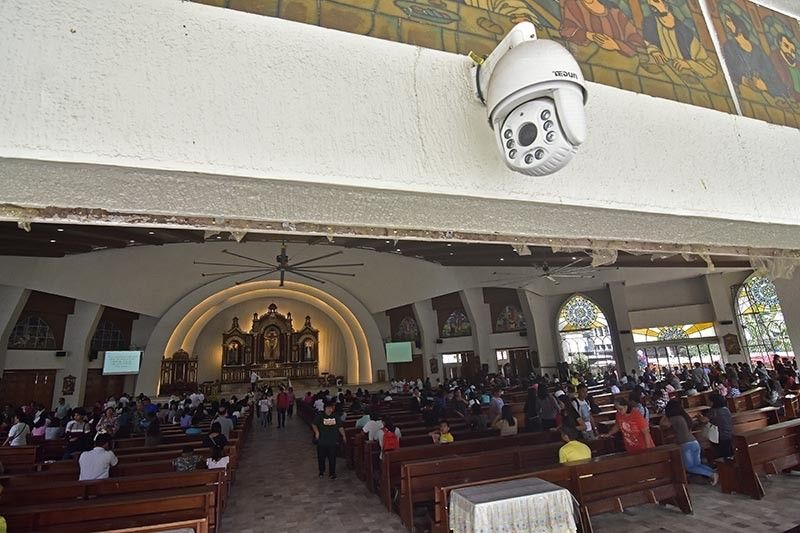 DAVAO. A closed-circuit television camera (CCTVs) monitors round-the-clock the facade of San Pedro Cathedral. Other CCTVs are also installed inside the church to closely monitor the premises and ensure security of the church. (Macky Lim)

THE Public Safety and Security Command Center (PSSCC) said they have installed several closed-circuit television (CCTV) cameras around the University of the Philippines (UP) Mindanao Sports Complex and billeting areas of the delegates to monitor their security.

He said they are expecting around 20,000 individuals, including the athletes, coaches, members of the delegation, parents, government officials and visitors who will be joining during the grand opening on Sunday, April 28.

It is expected that President Rodrigo Duterte will be the keynote speaker.

On Tuesday, April 23, based on the update of the technical team, they have already linked the CCTVs of some 20 billeting quarters to their command center.

Some of the CCTV cameras were procured and intended for big activities like this athletic game while some were on standby.

Earlier, Davao City currently operates 200 CCTV cameras in the Poblacion District and the City Government has recently procured 200 additional CCTV cameras worth P24 million to be installed in major streets and during various events here.