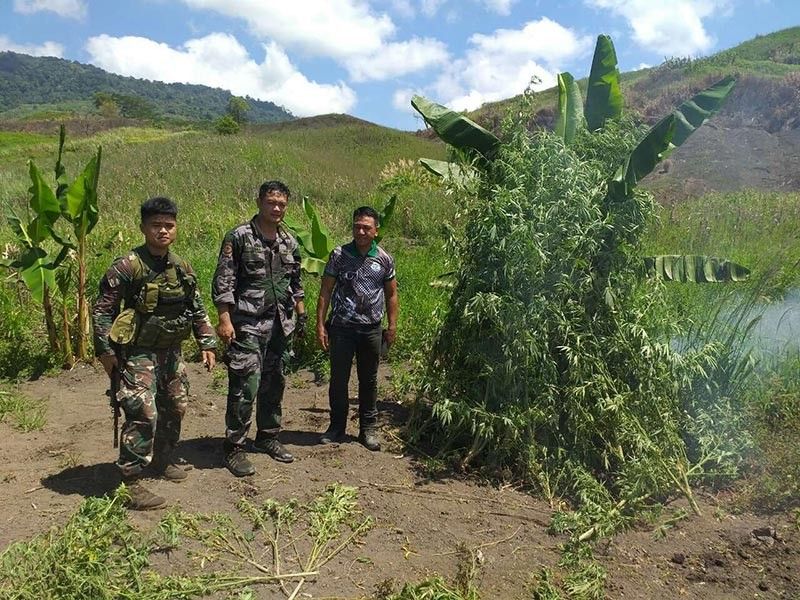 MORE than P8 million worth of illegal drugs were recovered by authorities during the 24 anti-illegal operations across Davao Region in a span of one week, from April 15 to 21.

The Police Regional Office (PRO)-Davao said in a report submitted by PRO Regional Director Marcelo Morales to the Philippine National Police (PNP) national headquarters in Camp Crame that during this period, policemen were able to confiscate 147.13 grams of shabu with estimated value of P4,871,368.90 and 17,000 plants/hills of marijuana with estimated market value of P3.4 million.

"These accomplishments reflect the dedication and unwavering support of PRO 11 to the marching order of President Rodrigo Duterte to stamp out proliferation of illegal drugs in the country," Morales said.

Their anti-narcotics operation likewise led to the apprehension of 31 drug suspects.

One of their successful operations was the arrest of two big-time drug pushers identified as Nasser Cirilo Igasan, 37, a resident of Purok Rambutan Datu Abdul, Panabo City, and Michaella Joy Fernandez, 23, a resident of Purok 7, Tibungco, Davao Cityby the Intel Operatives of Bunawan Police Station-DCPO on April 20.

Recovered from the possession and control of the suspects were four big sachets containing white crystalline substance believed to be shabu weighing some 150 grams and with an estimated street value of more or less P1.8 million.