Barmm transition to take a while 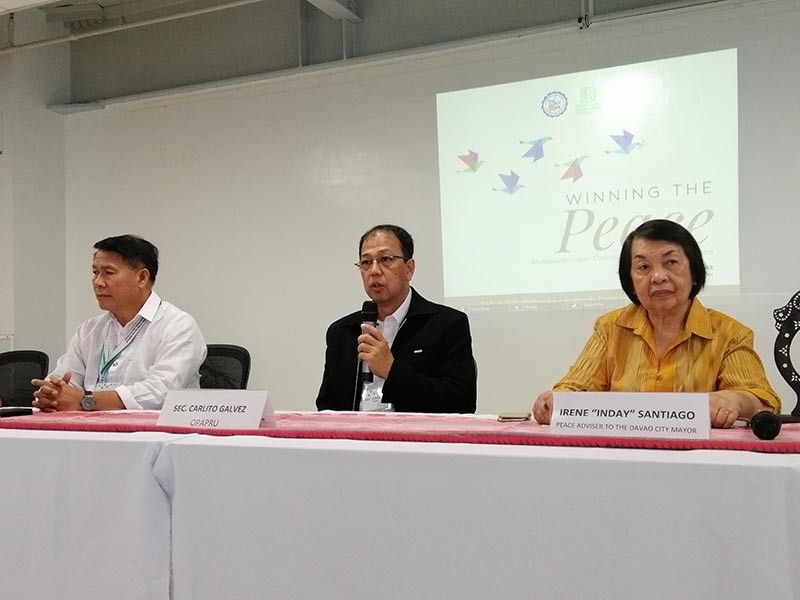 PEACE officers are seeking support in the ongoing transition stage of the Bangsamoro Autonomous Region in Muslim Mindanao (Barmm), as it is still in its infancy stage.

"We want everyone to understand that we should not put a lot of pressure around it," said Rufa Cagoco-Guiam, lead coordinator of the Transition Justice and Reconciliation Committee (TJRC), during the Winning The Peace: Multi-stakeholders' Dialogue on the Peace Process at the Ateneo de Davao University on Wednesday, April 24.

The official turnover from the Armm to the Bangsamoro Autonomous Region took place on February 26, 2019, which meant the full abolition of the former.

As of Thursday, the newly-institutionalized autonomous region is now on its second month.

Cagoco-Guiam emphasized that transitional justice is a very important component in the ongoing Barmm transition.

"Transitional justice is not something that we need to start assigning new court judges and police, but we want you to understand that peace process will only succeed if there are institutions that are willing to be reformed, so that there will be a guarantee that the atrocities in the past will not return," she said.

Normalization, as stated under the Comprehensive Agreements of the Bangsamoro, is the process whereby communities can achieve their desired quality of life, including pursuit of sustainable livelihood and political participation within a peaceful deliberative society.

"Hopefully, we will be able to decommission them by the time 2022 comes, since Barmm will have its first election," he said.