Guv on Super Cities list: The problem is connectivity 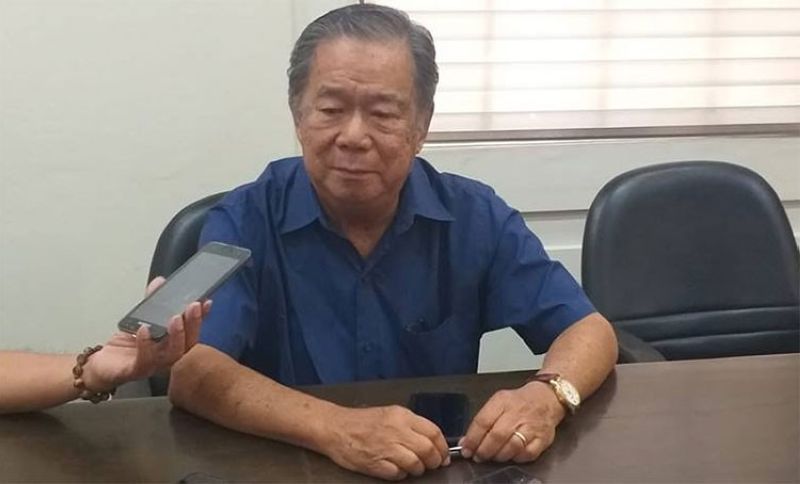 Governor Alfredo Marañon Jr. said on Thursday one of the reasons why Bacolod City dropped from the Top 100 Super Cities this year was mainly because of “connectivity”.

The result was from the latest competitiveness index of the global consulting firm Tholons International.

Marañon said internet connection in the province is “so slow” which can discourage information and communication – business process outsourcing (IT-BPO) firms and investors to expand here.

“Many (companies) would want to put up in out-of-town areas like in cities of Cadiz, Kabankalan and San Carlos,” he said, adding that “but internet connectivity here is poor.”

After placing 89th in the world’s top 100 cities for global services in Tholons Services Globalization Index (TSGI) in 2018, the Negros Occidental capital city was no longer included in this year’s ranking.

For 2019, only three Philippine cities are left in the top 100 list released by Tholons earlier this month. These are Manila, which maintained its second spot, Cebu and Davao which both fell to 12th and 95th places, respectively.

Marañon said the provincial government has contributed to the growth of the local information and communication technology (ICT) industry.

The development of the Negros First Cyber Centre (NFCC) in Bacolod City has helped through one, providing locations for BPO firms and startups, he added.

The NFCC, a project of the provincial government, has a total of 22,000-square meter space including leasable and common service areas.*

City Councilor Em Ang, ICT focal officer in Bacolod, Thursday said, “Bacolod City’s decline in the Tholons ranking is a temporary setback that may affect the momentum of the Business Process Outsourcing (BPO) and Business Process Management (BPM) industry here but I believe that there is no immediate cause for concern.”

Ang said the ICT industry in Bacolod remains strong and continues to grow, with new players coming in and hiring more workers, which, needless to say, is good for the local economy.

She added that based on the list, it clearly shows the inclusion of 12 United States (US) cities that are not in the list last year: New York, San Francisco, Los Angeles, Washington, Chicago, Austin, Boston, Miami, San Diego, Seattle, Philadelphia, and Denver.

Ang said some US cities that were in the 2018 list such as Dallas, Indianapolis, and Atlanta have significantly moved up in the rankings this year.

“This could easily be attributed to the fact that bringing jobs back to America became a cornerstone of President Donald Trump’s campaign, and as a result, several high-profile US tech companies responded by bringing their operations back to US soil. Our drop in this year’s ranking poses a challenge to all stakeholders and actually directs our attention to areas where we can improve. We look at this year’s result as an impetus to continue to pursue our initiatives to support and further develop the industry,” she said.

Ang added this means that in order to survive in this competitive ecosystem, both government and the industry must actively confront the digital disruption.

“Our city government must align policies, regulation and several other initiatives to support entrepreneurs, and continue to maintain an environment conducive for startups and other ICT businesses to grow. We need to scale up our skills and talent resource and prepare our new graduates for these so-called “jobs of the future”, Ang said.

For this year’s index, it included new indicators such as the number of mobile phone and internet users, regulatory and compliance, digital investment, and usage of artificial intelligence and cloud, it added.*