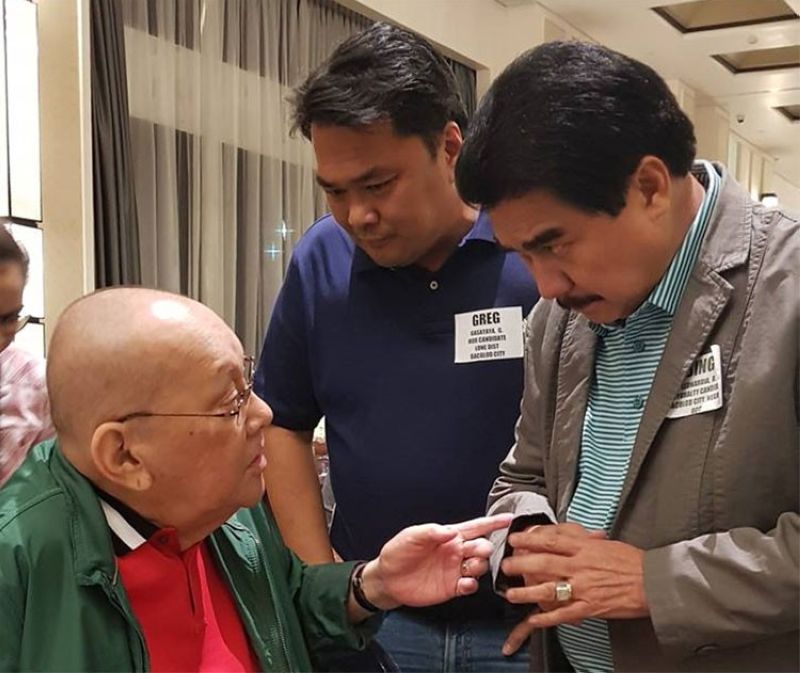 “IT IS such a big morale booster.”

This was stressed by reelectionist Bacolod City Mayor Evelio Leonardia after he and Representative Greg Gasataya were endorsed by ambassador Eduardo “Danding” Cojuangco Jr., chairman emeritus of the Nationalist People’s Coalition (NPC) for May 13 elections.

Cojuangco, widely considered a political “king-maker” in Negros Occidental, raised the hands of the two Bacolod NPC stalwarts at the NPC assembly in Makati Diamond Residences in Makati City on April 23.

“I and Congressman Greg are very thankful and happy of the endorsement. It is such a big morale booster because Ambassador Cojuangco is an institution, respected and admired in the business and political circle,” Leonardia said.

He said, “We consider the Boss’ endorsement also as an endorsement of the entire Grupo Progreso slate. And for that, we are all very grateful and proud.

In a video posted in President Duterte’s Facebook page on March 21, the President said: “I am supporting Leonardia for the mayorship of Bacolod City. I think he is the better guy, he’s more direct and honest. Siya ang gusto kong maging mayor (He’s the one I want to become mayor). I am supporting him.”

Gasataya could not be reached for a comment as of press time.