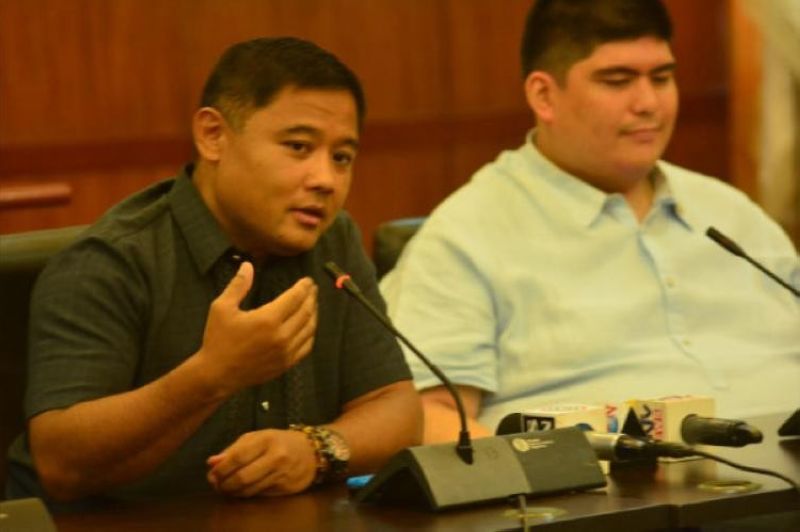 MANDAUE City Vice Mayor Carlo Fortuna has slammed opposition councilors, describing them as anti-poor and anti-people for asking the Commission on Elections (Comelec) to ban the City Hall’s distribution of financial aid.

The City Council approved a resolution urging the Comelec to disapprove any petition from the City Government seeking exemption from the election ban on the release of public funds as the May 13 midterm polls draw near.

Under Section 8 of the Commission on Elections (Comelec) Resolution 10511, the local government unit must seek an exemption if it is implementing a project included in the election ban.

The opposition councilors stated in their resolution that the Omnibus Election Code’s Section 261, Article 22 prohibits the release of public funds under the social welfare and other similar agencies. The provision only allows the release of government employees’ salaries and other normal office expenses.

They said the plan to distribute financial assistance during the campaign period has a political motive as Fortuna is running for reelection. He is the running mate of reelectionist Mayor Luigi Quisumbing.

“The administration is holding the life of every Mandauehanon hostage by dangling money like a lure to a hungry fish at the start of the election campaign,” said Councilor Ernie Manatad in his privilege speech.

Manatad, president of the Association of Barangay Councils, is an ex-officio member of the council.

He said the administration fast-tracked the distribution of the financial assistance by floating a story that the funds were donated by private individuals.

Manatad and the six other councilors are allies of Quisumbing’s opponent in the mayoral race, Rep. Jonas Cortes (Cebu, 6th district).

Fortuna said they followed Comelec guidelines, which prohibits candidates and their relatives from giving aid during the campaign period.

He said Helps will continue even without the exemption from Comelec. The program has helped 15,000 residents, he said.

“They barred and stopped us from helping the people. Of course, we were outvoted, so the resolution was passed. So they want us to tell the people not to get sick now because we can’t give them financial assistance,” Fortuna said in Cebuano.

According to City Social Welfare and Services head Jessie Perez, 6,000 beneficiaries received aid, mostly for hospitalization or burial, between January and March this year. (From FMD of SuperBalita Cebu, KAL)