‘I will always put city above self’: Quisumbing 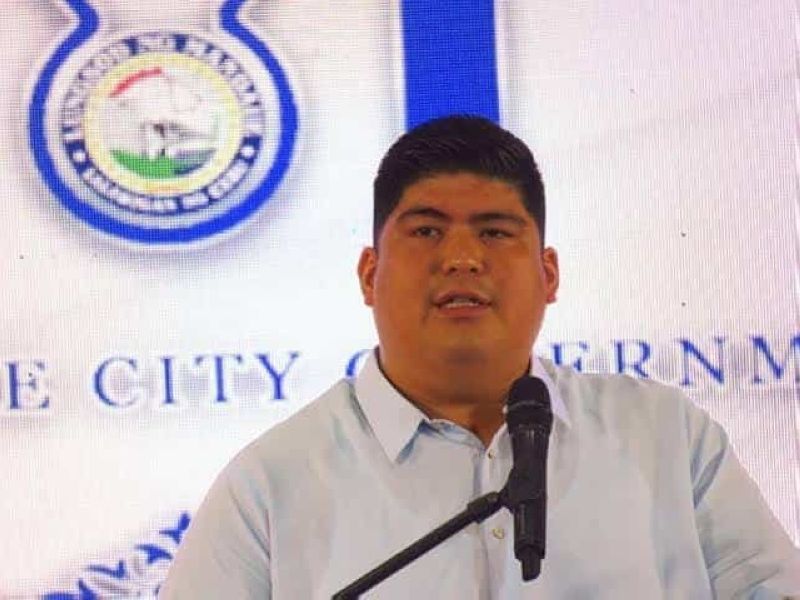 MANDAUE City Mayor Luigi Quisumbing has nothing but respect and gratitude for his grandfather, Norberto Quisumbing Jr., a businessman and founder of Norkis Trading and Norkis Group of Companies.

Last Wednesday, April 24, the patriarch of the Quisumbing clan declared his full support for Rep. Jonas Cortes (Cebu, 6th district), who is running against Luigi in next month’s mayoral election.

One of the reasons that pushed him to back Cortes was the mayor’s order to shut down The Sentral Bar and Lounge, which is owned by his daughter Pinky and grandson Kyle, the mayor’s aunt and cousin.

Luigi, for his part, said it is his responsibility to protect and preserve the city and its constituents and to keep the city drug-free.

He said he was forced to shut down his aunt and his cousin’s establishment after this was linked to illegal drugs after reports came out that the party drug ecstasy was being distributed there.

The mayor said he would not tolerate any wrongdoing, especially if it involved his relatives.

“I respect my Lolo (grandfather) and have always been grateful for the support that he has given to me and to our family. However, I am now the father of the city with a duty to protect and preserve it. The decision to close the business of a relative was a difficult one, borne out of deep discernment and consultation with various departments of the city, including the Philippine National Police and PDEA (Philippine Drug Enforcement Agency). This, however, I assure to all Mandauehanons, I will govern this city as fairly and justly as possible with the law applying to all and not exempting a favored few like a member of my family. To do otherwise will be unjust to those who have less or have none,” Luigi said in a statement.

Mandaue City Police Office Director Julian Entoma said they had an intelligence report that ecstasy could be bought at The Sentral, which was why they and the PDEA 7 had monitored the place.

In fact, several drug personalities who allegedly sold ecstasy used to hang out at The Sentral, the police official said.

Neil Benjamin Yap, one of the two suspects who was arrested in January last year, was shot dead last March after attending a hearing for his case.

Aside from being linked to drugs, The Sentral was also involved in several shooting incidents, including one that involved its bouncer who was shot and killed after he tried to break up a fight among customers.

Entoma, in a text message, said he submitted a special report to the mayor recommending that the establishment hire uniformed and armed security personnel aside from employing a bouncer. If the establishment did not comply, he said, he recommended its closure not knowing that The Sentral was owned by the mayor’s relatives.

Superbalita Cebu tried to get the side of one of The Sentral’s owners, to no avail.

Meanwhile, Luigi lamented that his family had been caught in Cortes’ politicking.

“The timing of the release of this statement (grandfather’s) is clearly a manipulative attempt to control the damage of the plunder and corruption committed by Jonas Cortes. All at the expense of my family,” he said.

The mayor remains hopeful that he and members of the Quisumbing clan will soon iron out their differences.

“I pray to my departed grandmother who has been the anchor of our family to enlighten my Lolo and let him realize that I am doing this for the good of the city and to keep alive his legacy of excellence, honesty and integrity... I am hopeful that the differences within our family will be healed in time. But one cannot heal a crime of plunder committed against the people of Mandaue. Unfortunately for Jonas, he will have to face this on his own. I will leave it to the people of Mandaue to decide how I have run this city in the last two years. No friend or family will be favored when it compromises the interest of the city, especially in peace and order, good governance, drugs and fight against corruption. I have and will always put Mandaue City above self,” Luigi said. (From FMD of SuperBalita Cebu, PJB)