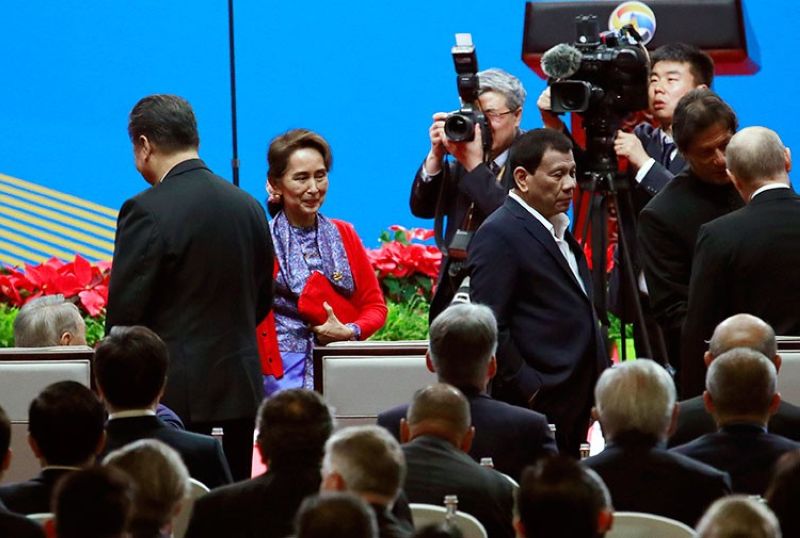 CHINA has assured President Rodrigo Duterte that Beijing would provide a grant of 1 billion yuan (approximately $148 million) to his administration to help boost the Philippine economy, Malacañang said on Thursday, April 25.

The commitment was made during Duterte's bilateral meeting with Chinese President Xi Jinping held in Beijing on Thursday, Presidential Spokesperson Salvador Panelo said.

"President Xi committed to provide One Billion Yuan grant to the Philippines," Panelo said in a statement issued on Thursday night.

He said Xi vowed to pour more infrastructure investment into Luzon and Mindanao.

"The Palace hopes to highlight the discussion between President Rodrigo Roa Duterte and Chinese President Xi Jinping on the framework of the Belt and Road Initiative (BRIL and how this will further help in the economic development of the Philippines," he said.

"President Xi manifested that China will provide more resources to Luzon and Mindanao to spur regional economic growth, as well as promote Clark Green City through the building of an industrial park," he added.

Panelo, quoting Xi, said the BRI would also have an important role in the relations between China and the Association of Southeast Asian Nations (Asean), where the Philippines plays an effective role as a country coordinator.

"We consider the BRI, as articulated by [Duterte], as another opportunity to renew and reaffirm our valued relationship, which we must continue to foster in the coming years with an aspiration that our fellow Filipinos will feel the true benefits of the PH-China relations," the Palace official said.

He said Xi also pledged to continue donating rice and fingerlings to, as well as importing fruits from, the Philippines. (SunStar Philippines)