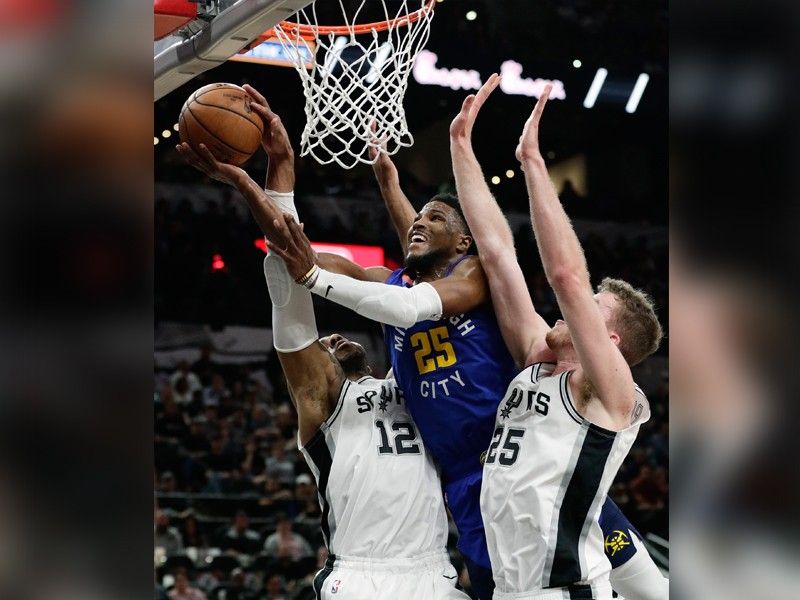 Jokic had 27 points in the second half to post the third highest point total this postseason behind the 50 by Portland's Damian Lillard and the 45 by Golden State's Kevin Durant. Jokic also finished with 12 rebounds and nine assists to fall an assist shy of his second triple double of the series.

Game 7 is Saturday in Denver, where the Nuggets had the league's best home record during the regular season. The winner will face Portland.

Jamal Murray added 16 points and Gary Harris had 14 points for the Nuggets.

The Spurs were 4 for 9 on 3-pointers in the fourth quarter to overcome Jokic's output.

San Antonio needed the win to continue the series after a listless performance in a 108-90 loss in Denver on Tuesday in which the Nuggets led by as many as 30 points.

Still, the Spurs had another hot start nullified by a better second quarter by the Nuggets.

San Antonio surged to a 34-24 lead by shooting 67 percent from the field in the first quarter while Denver missed all seven of its 3-point attempts.

DeRozan and Aldridge had a hand in the Spurs' first 10 points, combining for six points and four assists. Aldridge drained a 3-pointer to put San Antonio up 15-8 with 7:26, leading to a timeout by Denver.

Jokic kept the Nuggets in the game in the third quarter, scoring 17 points on 8-for-9 shooting.

The Spurs were able to regroup beyond the 3-point line.

Marco Belinelli looked over at Gregg Popovich after missing a 3-pointer in the right corner with just under 11 minutes and the San Antonio coach nodded his head and clapped at the veteran guard. Popovich had a slight smile when Belinelli made his next 3 pointer a minute later.