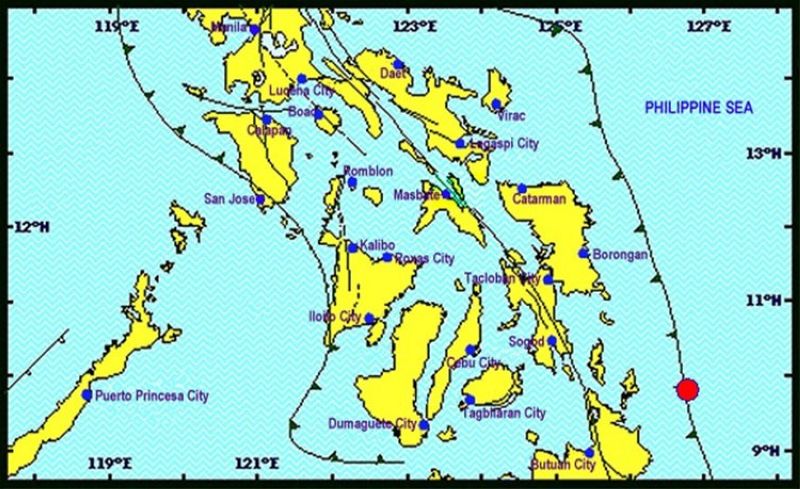 The Philippine Institute of Volcanology and Seismology (Phivolcs) recorded the latest earthquake with magnitude 5.1 at 4:04 p.m. Friday, with the epicenter located 48 kilometers northeast of General Luna in Surigao del Norte.

The 5.1-magnitude quake was felt at Intensity 3 in General Luna, and instrumental intensities 2 in Surigao City and 1 in Gingoog City.

Another quake, at magnitude 5, hit the province at 2:04 p.m., with the epicenter located 67 kilometers southeast of General Luna.

This tremor was an aftershock of the magnitude 5.5 that struck Surigao del Norte at 1:26 p.m. Friday, said the Phivolcs.

The magnitude 5.5 quake was centered 70 kilometers southeast of General Luna and was felt at Intensity 2 in Surigao City, and instrumental intensities 2 in Gingoog City and 1 in Surigao City.

The light aftershocks triggered by the 5.5-magnitude quake are the following:

No casualty or damage to property has been reported as of 4:30 p.m. Friday, April 26. (LMY/SunStar Philippines)