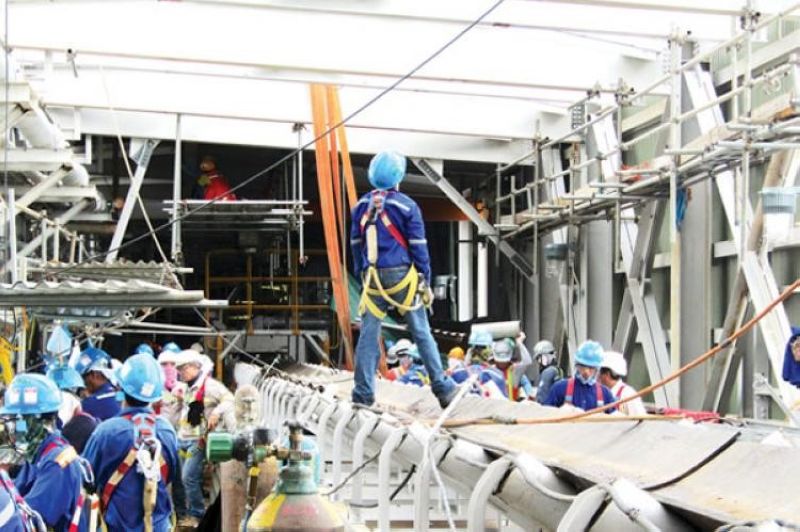 ABOITIZ Construction Inc. (ACI), the privately-held construction arm of Aboitiz and Co., on Friday, April 26, announced that it would need at least 4,000 workers over the next three to five years to meet job orders and contracted projects.

The company, formerly known as Metaphil, is eyeing several big-ticket projects on top of projects that are already in the pipeline to meet a modest growth target of 15 percent to 20 percent for 2019.

Alberto Ignacio Jr., president and chief operating officer of Aboitiz Construction Inc., said their manpower requirement does not include yet the number of workers that their subcontractors would need.

He said the construction industry continues to reel from a labor shortage, although the problem has diminished this year.

"Last year, we had a problem. This year, we still have a problem, but it's minimized. Somehow, if you provide employment for the long term, provide benefits, we were able to retain a lot of workers and gain their loyalty," Ignacio said after a briefing by the Aboitiz Group in Cebu on Friday.

Among the big projects that the company has lined up for this year is the logistics facility of Metro Pacific Movers Inc. in Cavite province, called the South Mega Distribution Center.

Ignacio said the project initially needs 500 to 600 workers. Groundbreaking ceremonies were held in early April and the facility is targeted to be completed in 2021.

"We already started with the preparations. We are just waiting for the ECC (environmental compliance certificate)," he said.

The company has also started recruiting workers for the expansion of the polypropylene plant of JG Summit Petrochemical Corporation in Batangas. ACI alone needs about 400 workers for this project.

Ignacio said most of the skilled workers they have employed for the Batangas project are from Cebu.

Other projects in Luzon are the construction of about 20 huge fuel tanks for the Philippine Coastal Storage and Pipeline Corporation at the Subic Bay Freeport, The Outlets commercial center of AboitizLand, and the resin plant of the Philippine Resins Industries, Inc. (PRII) in Bataan.

Ignacio said they are also bidding for the contract to build the caustic soda plant of PRII.

In Balamban town in Cebu's western coast, ACI is undertaking fabrication works for Tsuneishi Heavy Industries (Cebu) Inc. as well as civil and building works and pre-fabrication of steel materials for Austal Philippines.

Ignacio said Tsuneishi has asked them to ramp up their workforce, especially highly skilled welders.

ACI is also constructing the mine tailings pipeline for Carmen Copper Corporation in Toledo City, also in Cebu.

In Mindanao, ACI is constructing the coal-fired power plant of Alsons Consolidated Resources Inc. in Sarangani town in Davao Occidental.

On top of these projects, Ignacio said they are hoping to undertake a big waste-to-energy project for a local government unit under the public-private partnership (PPP) scheme.

ACI revenues reached an all-time high of about P5 billion in 2018.

Ignacio said they hope to top this performance in 2019 by improving the company's recurring income.

"It's hard to sustain growth. This industry is based on feast and famine. Instead of just building, we will go into maintenance of the structures that we will build," he said. (SunStar Philippines)