Albayalde to slain teen's ma: No obstruction charges if you cooperate 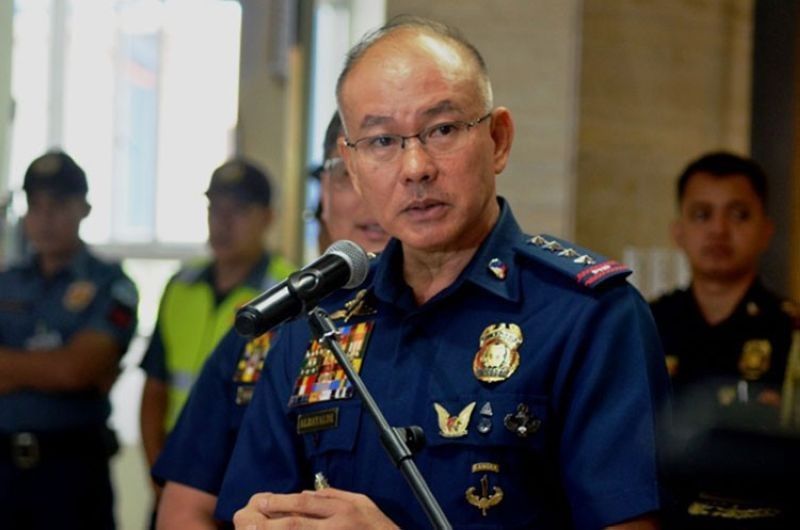 PHILIPPINE National Police (PNP) Chief Oscar Albayalde on Friday, April 26, assured the mother of brutally murdered teen Christine Lee Silawan that no charges of obstruction of justice would be filed against her if she cooperates with the police.

During their meeting, Albayalde said Silawan raised her concern over the threat of Police Colonel Limuel Obon, Lapu-Lapu City Police chief, to charge her with obstruction of justice.

(She is just apprehensive because Colonel Obon told her that she would be charged with obstruction of justice if she does not cooperate. We assured her that this will not happen.)

Albayalde said, however, that the PNP has an airtight case against suspect Renato Llenes based on the pieces of evidence gathered against him and his confession that he perpetrated the killing.

The PNP Crime Lab has said that DNA samples taken from the victim and Llenes matched those found on a pair of scissors recovered from the suspect.

(The DNA test conducted by the crime lab on he scissors recovered from the suspect came out positive. Results of a neuro-psychiatric test also showed that the suspect committed the crime with discernment.)

“At I think also ‘yung lie detector test niya ay consistent din, although we are not using it doon sa pag-file ng kaso, pero it's an aid for investigation para sa amin,” he added.

Authorities were not able to immediately file charges against Llenes after Silawan refused to sign the affidavit supporting the complaint. Llenes is charged with murder and attempted rape.

According to PNP Central Visayas director Debold Sinas, Silawan wanted the police to include the former boyfriend of her daughter in the complaint and include rape charges against Llenes.

Sinas said they could not include Christine’s former boyfriend, who was earlier arrested by the National Bureau of Investigation (NBI), in the complaint as they have no evidence against him.

Rape charges were not included in the complaint against Llenes because the medico-legal report stated that there were no fresh lacerations in Christine’s genitals, indicating that she was not raped.

Christine, 16, was found dead on March 11. She was half-naked and her face was skinned to the bone. (SunStar Philippines)