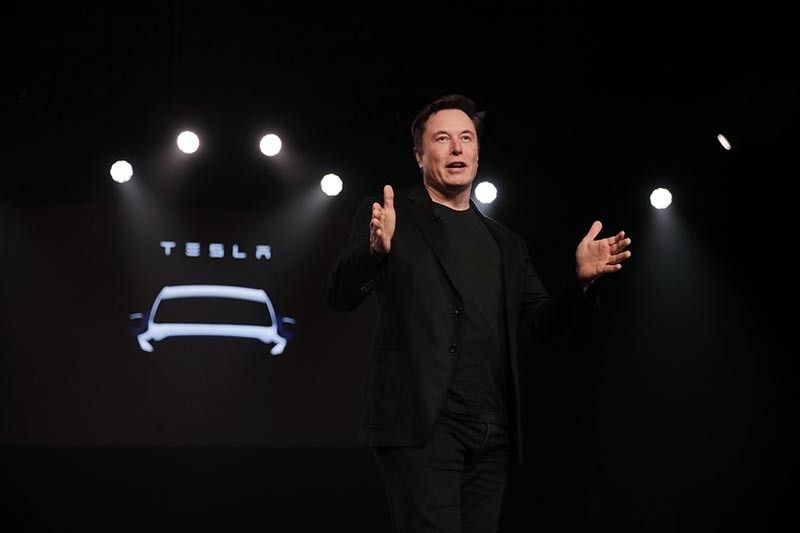 TESLA CHIEF EXECUTIVE OFFICER ELON MUSK during the unveiling of the Model Y at Tesla’s design studio in Hawthorne, California last March 14. Musk appears poised to transform the company’s electric cars into driverless vehicles in a risky bid to realize a bold vision that he has been floating for years. (AP Photos) 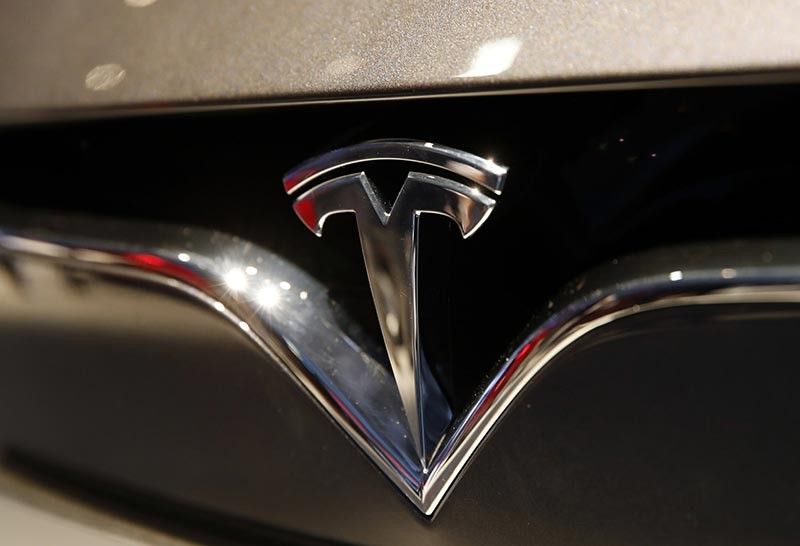 THE TESLA EMBLEM at the Auto show in Paris last October 2018. (AP Photos)

SAN FRANCISCO — Tesla chief executive officer Elon Musk expects to start converting the company’s electric cars into fully self-driving vehicles next year as part of an audacious plan to create a network of robotic taxis to compete against Uber and other ride-hailing services.

The vision sketched out Monday during an event at Tesla’s Silicon Valley headquarters requires several leaps of faith. But self-driving car experts fear Musk is shirking public safety in an effort to boost Tesla’s stock and sell more of the company’s electric cars.

To prove his skeptics wrong, Musk will have to persuade regulators that Tesla’s technology for transforming potentially hundreds of thousands of electric cars into self-driving vehicles will produce robots that are safer and more reliable than humans. And to do that, Musk will have to be correct in his bet that Tesla has come up with a better way to produce self-driving cars than virtually every other of the more than 60 companies in the United States working toward the same goal.

Tesla’s cars won’t come with the light beam sensors called Lidar that many industry experts consider to be essential equipment for robotic vehicles to navigate the road.

Musk spent much of the time trying to persuade both the investors and consumers that he had figured out a better way to teach robots how to drive. “It is fundamentally insane to buy anything other than a Tesla,” Musk said at one point, arguing that purchasing a vehicle from any other automaker would be like getting a horse.

This quarter, he said Tesla will have 500,000 vehicles on the road, each equipped with eight cameras, ultrasonic sensors and radar gathering data to help build the company’s neural network, which will serve as the digital equivalent of the self-driving cars’ consciousness.

To become fully self-driving, the cars also need a special computer that fits behind the glove box and is powered by a special chip Musk boasted is better than any other processor in the world “by a huge margin.”

Currently the self-driving computer costs $5,000, but the price rises to $7,000 if it’s installed after delivery. Finally, Tesla will deliver software updates to those computers to make it possible for its electric cars to be driven by a robot, without a human in position to take over in case something goes awry.

Musk predicted that the technology for fully self-driving Tesla will roll out at some point from April to June next year. (AP)