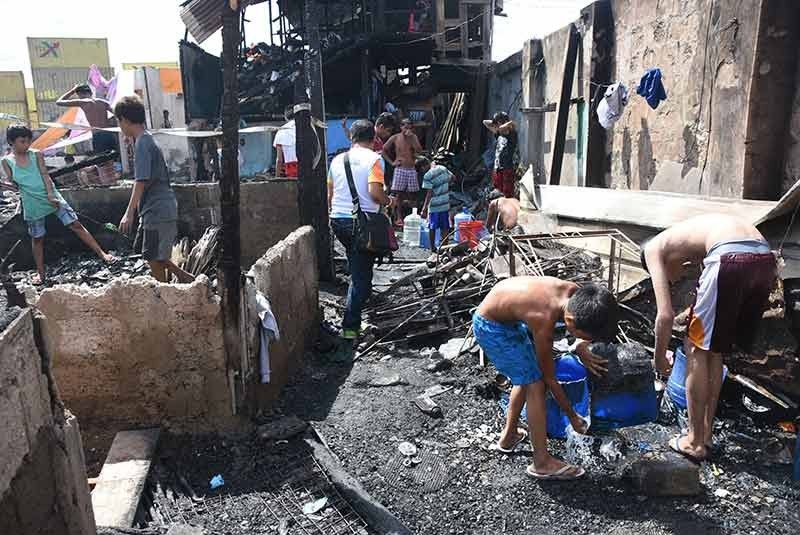 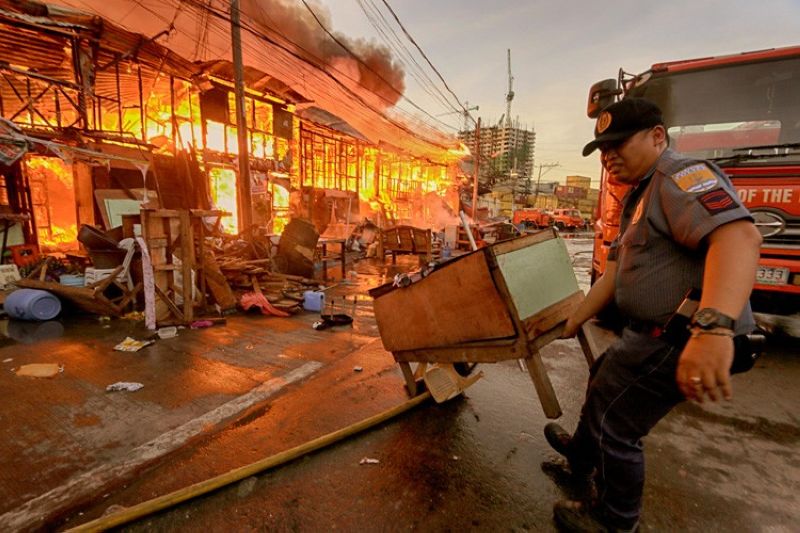 CEBU. A police officer pulls out a wooden object away from a row of houses that were swallowed by the fire that hit Sitio Silangan 2, Barangay Tejero in Cebu City on Friday, April 23. A day after the fire, fire personnel were able to recover the charred remains of a 66-year-old woman who failed the escape the blaze. (SunStar photo/ Alex Badayos)

FIRE officials in Cebu City confirmed that a 66-year-old woman was killed during the late afternoon fire that hit Sitio Silangan 2, Barangay Tejero on Friday, April 26.

Fire Marshal Noel Ababon said his personnel found the charred body of Lilian Sison Intrampas in her bathroom during an overhaul at the fire site Saturday afternoon, April 27.

Ababon said when he first received news of the discovery, they had not yet determined if these were human or animal remains since these were burned beyond recognition.

Ababon said they received initial reports from her relatives that Intrampas had escaped, but she returned to the house just as the blaze got bigger.

They began to worry when she didn’t show up at the temporary evacuation site, he said, which prompted them to conduct a search.

Intrampas was the lone fatality in the fire that destroyed 80 houses and damaged 10 others.

Fire officials pegged the damage at around P1 million.

Ababon said they still had to determine what caused the blaze, although there were reports that a child might have been responsible.

According to the Cebu City Department of Social Welfare Services, the fire affected more than 200 families.