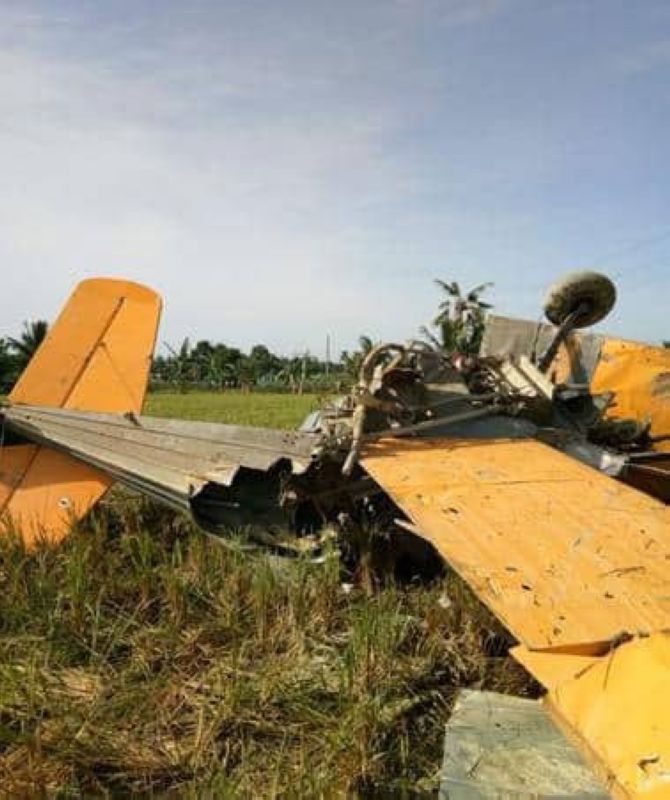 The victim, identified as Jessie Kevin Roska Lagapa, 25, resident of Block 2, Lot 6, Ibabao Rd., Baywater, Agus, Lapu-Lapu City, Cebu, was declared dead at 7:55 a.m. Saturday by Dr. Jacouline Agustine after he was rushed to a nearby hospital by the rescuers from the Municipal Disaster Risk Reduction and Management Council (MDRRMC)-Carmen.

In the initial investigation by the Carmen Municipal Police Station it was learned that an aerial spray plane, owned by Davao Aerowurkz Corporation with body number RP-R5388, was conducting aerial spraying on a banana plantation when it crashed.

According to the residents, they noticed that the plane was hovering at a low height, which caused for it to be caught into the power line of NGCP Napocor causing its crash.

The Civil Aviation Authority of the Philippines is now assisting in the investigation to determine the cause of the crash.

The victim is now at a morgue of Carmen District Hospital in Carmen, waiting his families to bring his body to Cebu.