‘Artistpreneur’ opens up space for events 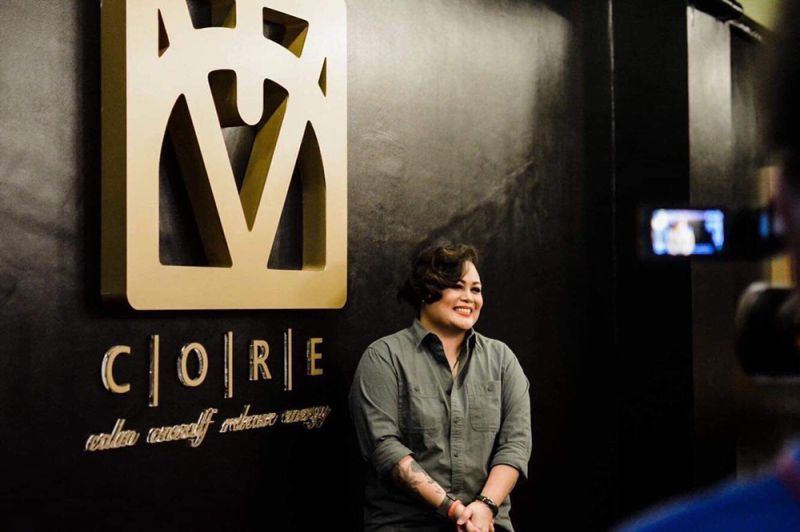 ASIDE from the growing demand of co-working spaces that cater to flexible workers or startup entrepreneurs, event spaces are in demand too, especially in a progressive city like Cebu.

Artist-entrepreneur Margarita Frasco said not a lot of groups or individuals can afford to rent function rooms that are normally attached to restaurants or hotels to mount activities like theater rehearsals, art exhibits, fitness programs or just a space to host support group meetings.

This need led her to open The Core, a multi-faceted space located on the second floor of FLC Center along Hernan Cortes St. in Mandaue City.

Frasco, who owns MDF Productions said the idea stemmed from her experience of directing a theatrical play a few years back where one of the major obstacles of the production she faced was finding a place to hold rehearsals.

She realized this was a shared problem among independent theater productions in the city and that a shared space, not limited to theater rehearsals, could at least bridge this gap.

“The Core is a community space. It is for everyone,” she said. “We don’t sell anything, just the space.”

The 100-square-meter space can be a venue for various activities. At present, the space holds fitness classes like yoga, zumba, pop dance and meditation.

Frasco said the company made investments in making the interior of the space comfortable and accommodating to everyone who will use the space.

Its flooring is suitable for all types of physical activities. Its black walls and curtains that are able to cover the mirrors can transform the rehearsal studio into a space for seminars, workshop, discussions and conferences or exhibits.

Moreover, she believes that business concepts like The Core will support the creative economy in the city as it provides a space for aspiring artists to showcase their talents and craftsmanship.

“We have plenty of creative talents. They just don’t have the venue,” she said.

Cebu is currently seeking to be a Unesco Creative City of Design. In 2008, Cebu City was recognized by the British Council as the Creative Capital of the Philippines.

After Cebu, Frasco said she plans to bring the concept to Bacolod, Davao and Bohol and also to her hometown in Liloan.

She also has plans to hold pocket events every two months at The Core to support Cebu’s creative economy.