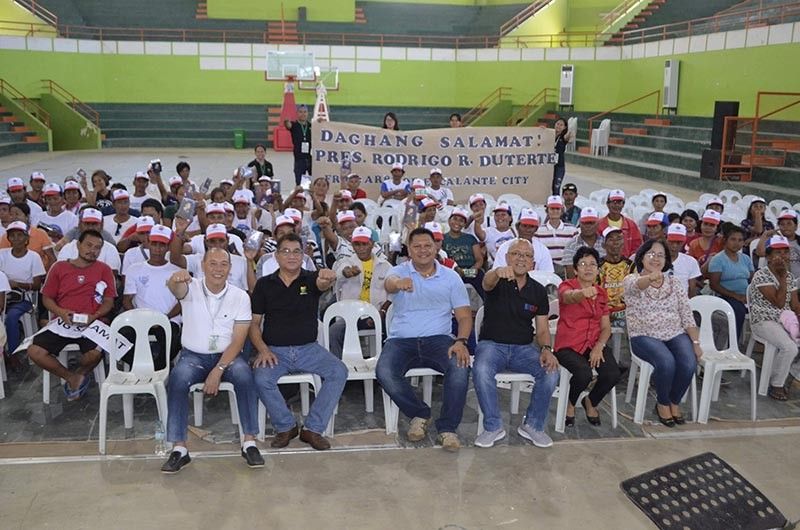 The President, during the distribution of certificates of land ownership award (Cloas) in Sagay City on March 8, promised to provide phones and fertilizers to 2,495 recipient-ARBs.

They are from cities of Bacolod, Talisay, Silay, Cadiz and Sagay, and towns of E.B. Magalona and Manapla.

On April 24, the second batch of 702 ARBs from cities of Escalante and San Carlos, and towns of Toboso, Calatrava and Murcia received their phones.

Another 793 phones were also distributed to the third batch of recipients on the following day.

These ARBs are from southern Negros Occidental including cities of Bago and Kabankalan, and towns of Binalbagan, Hinigaran, Isabela, La Castellana, Moises Padilla, and Pontevedra.

Leonidas, in his message, reminded farmer-beneficiaries of their obligations to pay their amortizations and land taxes.

Leonidas said with the strengthened partnership with the Department of Agriculture (DA), Philippine Crop Insurance Corporation (PCIC) and other national and local government agencies, ARBs' crops can be insured for free.

"Our DAR municipal offices are always ready to facilitate the registration of the farmer-beneficiaries to the insurance programs," he added.

DAR-Northern Mindanao director Joseph Orilla, who facilitated the shipment of the mobile phones from Malacañang to Negros Occidental, said the President would like to ensure that the customized phones are delivered to the ARBs.

The farmers, on the other hand, expressed gratitude to Duterte for the phones. They also thanked the DAR for enabling them to own a land that can help them improve their lives.

It can be recalled that Duterte, in his speech in Sagay City, said he will provide farmers with a contact number that they can call to file complaint or raise a concern to the government.

The 2,495 ARBs received the land titles of 1,609-hectare acquired land from 141 landowners in eight cities and 11 municipalities in Negros Occidental.