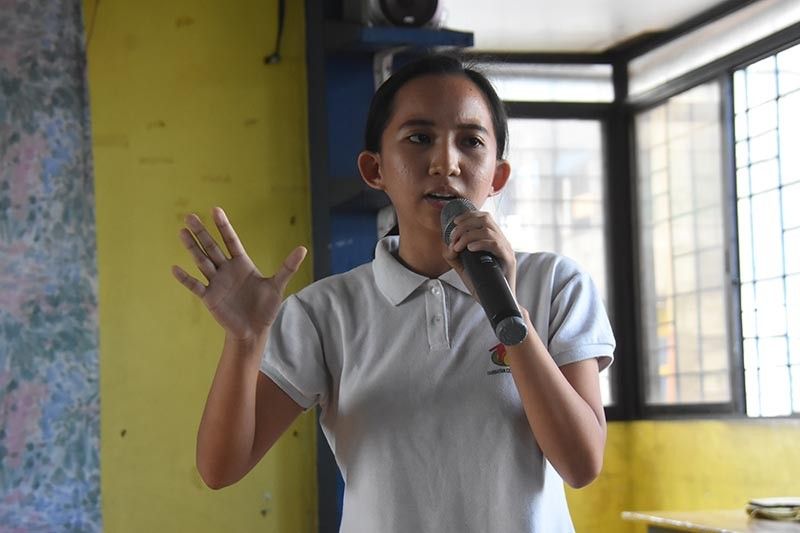 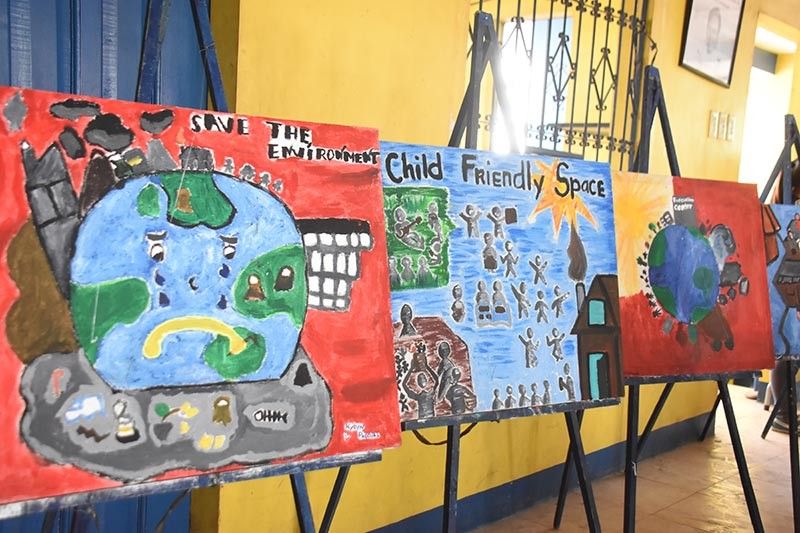 Artworks from the participants in the training. (Ralph Llemit) 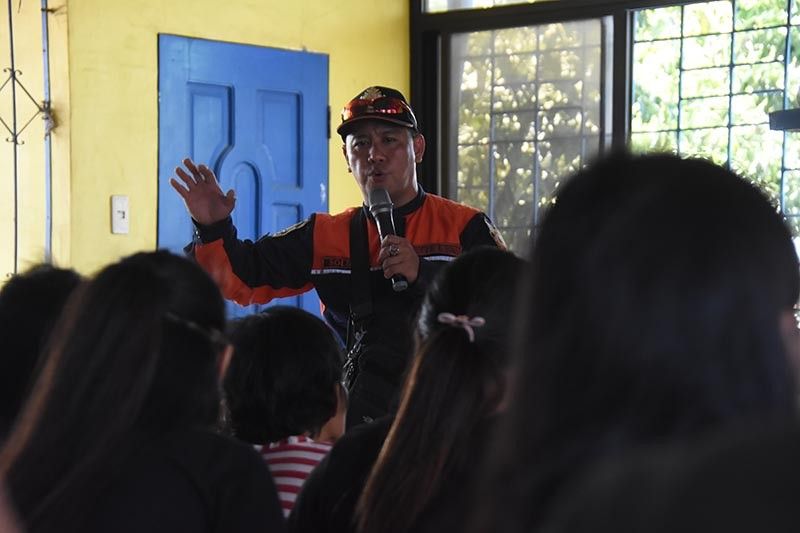 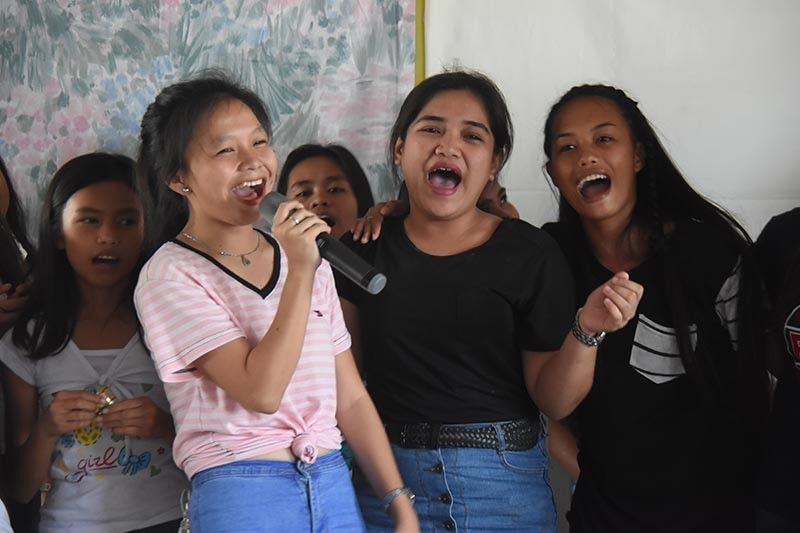 DISASTER preparedness must be taught at a young age.

With the prevalence of manmade and natural calamities, it is important to note that regardless of different status, gender, age or even beliefs, everyone is a casualty.

Participants of the six-day activity were chosen from communities along the coastal areas of Barangay 21-C, 22-C, and 23-C in Boulevard, Davao City.

The project, "Strengthening Resiliency in Coastal Communities of Davao City", is in collaboration with the German Federal Foreign Office, through the Johanniter Assistance, trained children to utilize the usage of social media and video content making in spreading awareness in the role of disaster preparedness in the community.

Representatives from the Office of the Civil Defense (OCD), Bureau of Fire Protection (BFP) 11 and Davao City Disaster and Risk Reduction Management Office (CDDRMO) were also present to impart their knowledge and advice to the kids who finished the training.

More than just a special Summer workshop, Glory Seno, project manager of Tambayan Center, said the activity was also a wakeup call to everyone.

"Importante kaayo ang role ng mga kabataan (The role of the youth is very important), even our parents and partners in terms of disaster risk reduction and management," Seno said during the culminating activity last April 13 at the Barangay 22-C Function Hall in Piapi Boulevard.

Razed from the past

Piapi had experienced several fire incidents over the past years.

On April 2014, more than a thousand houses were razed by a fire. The fire, that lasted more than 5 hours, killed a man due to heart condition and left 3,000 individuals displaced.

On March 2016, days before the Fire Prevention Month ends, around 262 families were affected by the fire that razed through three barangays in Piapi: Barangays 21-C, 31-D, and 76-A.

Fast forward to 2019, last February, around 200 houses, including stilt houses of Badjao families, had been destroyed after a fire broke out in Purok 4, Isla Verde, Barangay 23-C.

During these times, children were the most affected.

However, there are instances that it’s the children who are pointed out as causes of the problem.

Nakamata, another children's rights advocate NGO, this time is led by the youth themselves, said teaching their fellow youth disaster preparedness is both challenging and a great responsibility.

"Peer-to-peer approach amo ginahimo. Mas nindot kana, kay ang mga bata, mas mutuo man gud silang mga kaedad kesa sa mga dagku. Usahay maka-feel man gud sila og pressure sa mga dagku (Our approach is peer-to-peer because it would be much better if it is someone their age who will reach out to them. Kids would feel intimidated with adults)," Liporada said.

She said most of the participants are fire victims themselves.

During the "Strengthening Resiliency" project culmination activity, Liporada together with her fellow Nakamata groupmates, expressed their grievances to the government for failing to provide children accessible and clean evacuation center in times of disaster, through a prepared short declamation.

She also called out the barangay for failing to provide them Child-Friendly Spaces, as stipulated under Comprehensive Emergency Program for Children (CEPC) of the Department of Social Welfare and Development (DSWD).

CEPC was crafted in accordance with Republic Act (RA) No. 10821 or the ‘Children’s Emergency Relief and Protection Act’ which mandates national and local government agencies to execute and maintain a comprehensive emergency program.

However, Liporada said these children evacuated from these centers never felt what the CEPC promised them.

She said the covered courts and public schools, which are used as either temporary or designated evacuation centers, are not ideal.

Although she admitted that the government cannot provide them everything all at once.

But as stipulated on the United Nations' Convention on the Rights of the Child, that "children are particularly vulnerable in situations of armed conflict or natural disasters, and they require special attention to ensure their protection and wellbeing."

She added, "Pero mahitungod sa kadaghanan sa amo kay nangasakit na, unta ma-aware lang unta ang mga concerned agencies sa among needs (Because many of us are getting sick. We hope the concerned agencies will be aware of our needs)."

Help is on the way

Leslie Baliong, CDRRMO administrative staff, who was present during the culmination activity, expressed her gratitude to Tambayan Center’s initiative in providing trainings like this.

Meanwhile, she also urged all barangays in the city to secure a separate evacuation center in times of calamities and disaster.

She then assured the children that their call for an ideal evacuation center will be addressed to Mayor Sara Duterte-Carpio.

A call to make a change

If you Google Translate "kapit bisig" to English, it would give you its literal translation, "gripped arms". But as a local idiomatic expression for unity, the best arms that these children could do are by using their voice to a new medium, which is through social media.

One of the training's video output was showcased during the culmination activity.

Seno said more than just visual arts, theater public speaking, music and dance, having their outputs and learnings filmed and uploaded online will be a stepping stone.

She said by allowing these children to lead the awareness in the community, they would be making a difference to their community, and would also serve as a role model nationwide. (With Jessa Mae Reston and Arrianne Kate Salas Arilla, Usep Interns)