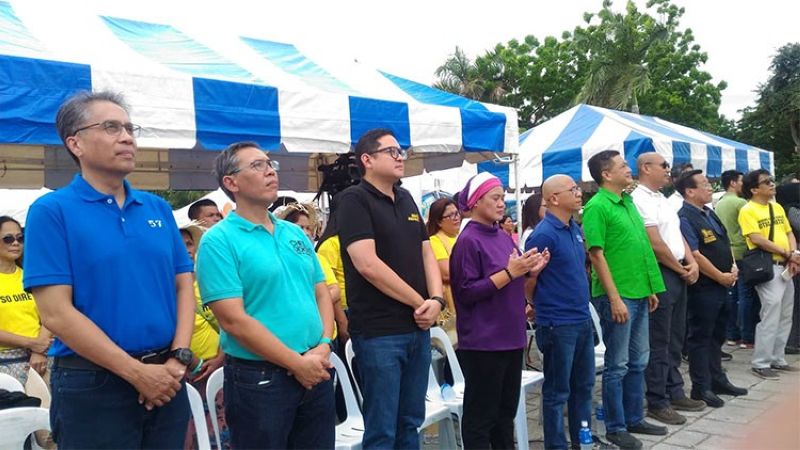 ONLY two weeks are left before the May 13 elections, but local allies of Liberal Party (LP) have yet to show up in Otso Diretso’s campaign sorties.

The event at the Plaza Independencia was spearheaded by Ahon Laylayan Koalisyon and was graced by Vice President Leni Robredo.

Despite Robredo’s presence and Otso Diretso’s slate in complete attendance, local political allies of LP were still a no-show.

Robredo said their local allies’ absence was not a surprise.

“We expected that since day one... given the political climate right now and we try to understand that,” she told reporters.

Davide was in the northern town of San Francisco on Sunday with his running mate, Vice Gov. Agnes Magpale, for their group’s campaign sortie.

According to Robredo, most of their group’s campaign events were initiated by volunteers.

Some of their local allies are helping “in some ways,” she said.

“This, though, is a political reality that we must accept. It shouldn’t be a source of grudge because there are several factors why the political climate is like this,” Robredo said in Tagalog.

“We still have two weeks, a lot of things can happen. As we made our campaign rounds, the people quietly professed that they’re for Otso Diretso because they are afraid,” he added.

“Our thirst and hunger can’t compare to our yearning to oust and stop the dictatorship... Let’s say that if by chance here in Cebu Otso Diretso gets zero votes, they will become more haughty. But if we vote straight for Otso Diretso, maybe we can knock them out here in Cebu... Let’s show them on May 13 that Cebuanos are brave and can’t be fooled,” Fernandez said in Cebuano in his speech.