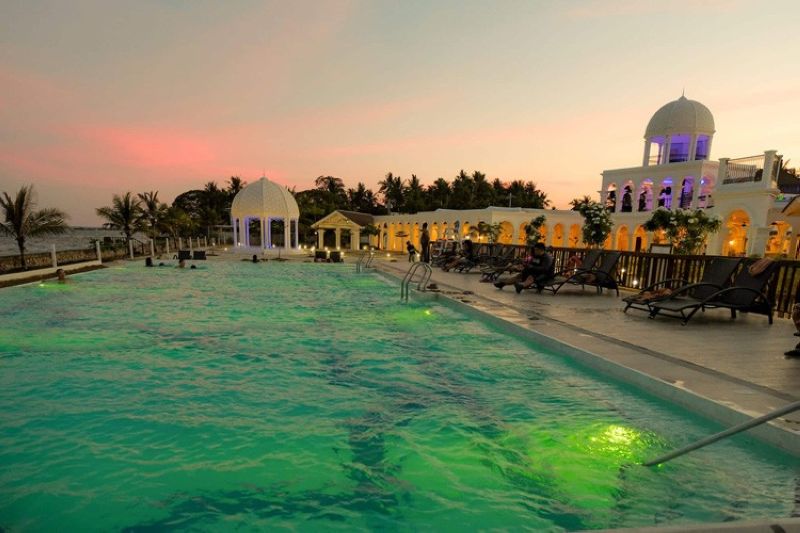 Staycation, anyone? The Maayo Argao in Sitio Suba, Barangay Poblacion, Argao, Cebu welcomes guests who explore the southern parts of Cebu. The resort, which soft-opened in April last year, takes inspiration from the North African country of Morocco. (Contributed Photo)

MAAYO Hotels Corp., under the Primary Group of Builders, bared its plans of opening two Maayo resorts in San Remigio and Badian towns, Cebu this year.

Elvira “Bing” Torre, brand communications manager of Maayo Hotels Corp., said they are adopting the Maayo brand and dropping the brands “Maayo Stay” that currently distinguishes the four-star Maayo Hotel from the other hotel-resort categories.

“Maayo Hotel is the first venture of the Primary Group outside of construction, development and medical,” Torre said.

The Primary Group is strengthening its foothold in the tourism industry by rationalizing its brand portfolio and acquiring more properties that will be redeveloped into a Maayo hotel or resort.

Torre said the Maayo brand is anchored on efficient service that is consistent in all their establishments.

While strengthening its brand, the group is moving ahead with its expansion plans, having recently acquired Terra Manna, a camping ground and resort in Lambug, Badian, as well as a property in Cordova.

These will be developed into Maayo Badian and Maayo Cordova to add to the existing Maayo Hotel in Mandaue City, and the Maayo Argao and Maayo San Remigio resorts.

Maayo San Remigio, which was the former Cebu Paradise Resort that has been transformed into a Caribbean-inspired resort, is targeted to open in May or June this year.

The Maayo Badian will be a Greek-inspired resort.

Torres said most of their guests stay in to relax before going to other tourist destinations in southern Cebu.

“Sometimes, it’s a stopover, or it would be for overnight stay. Usually, the guests we encounter come from those who participated in pilgrimage trips from Simala and then those going further to the other parts of the island,” she said.

Maayo Argao, located in Barangay Poblacion, boasts of standard rooms, family rooms and villas with prices ranging from P4,000 to P19,000 per night.

Also in the pipeline is a development in Bohol under the Maayo brand. (JOB/MVI of SunStar Philippines)