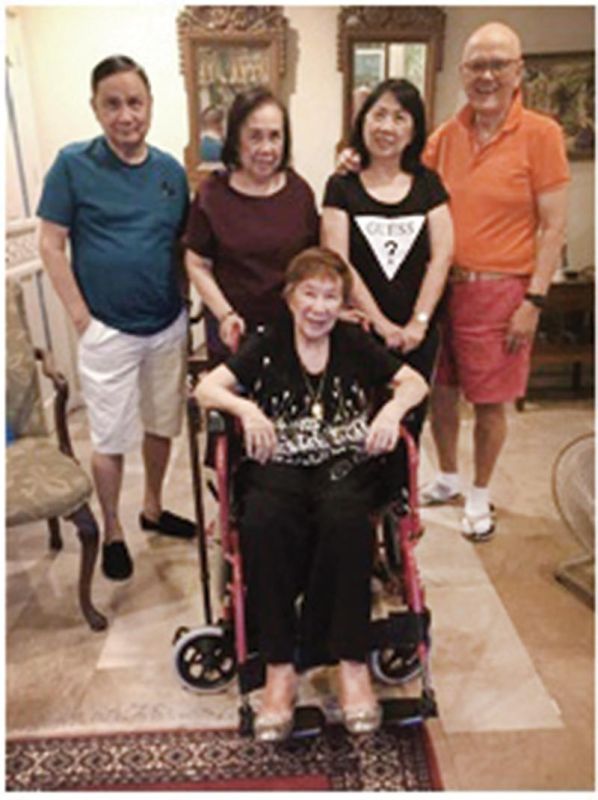 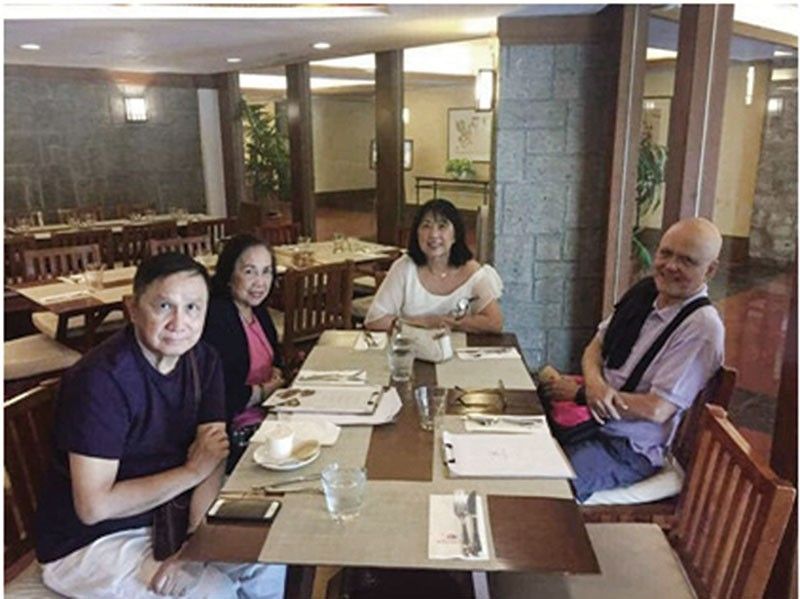 Merienda at Polo Club before my flight to Cebu: Larrie Silva, MCE, Leda and Ed Zaragoza. 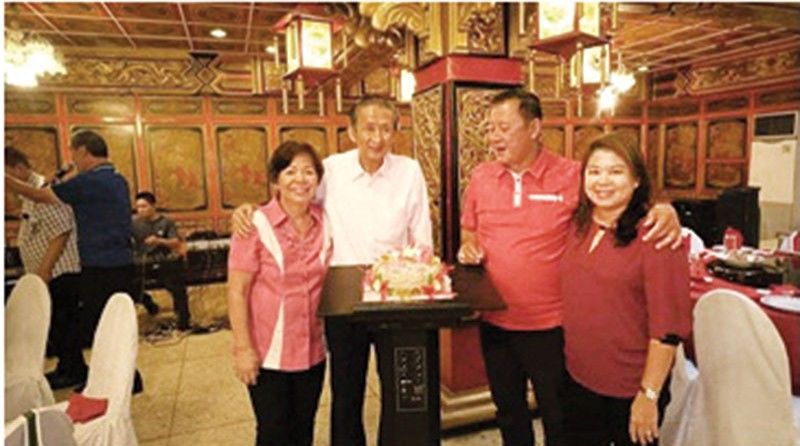 We care birthday celebrants: Nestor and Juliet Chua, and Willy and Judy Go.

I WAS home the entire holy week. Our “kasambahays” went home to their towns. After Easter Sunday, I flew to Manila to spend two days with my sister Lydia Castillo, my siblings and their families. In between our bonding time, we were interrupted by the 6.1 intensity earthquake. I saw part of my sister’s San Lorenzo home shaking. We all went out of the house, then drove to an open park in the village. Amazing to see that no one in the neighborhood panicked. After an hour, we were back home.

My trip had many hitches. My flight to Manila, April 22, was canceled without any “abiso,” but I managed to be accommodated in another flight. Going back to Cebu was another story. Due to heavy air traffic, we were kept waiting for more than an hour inside the plane. I arrived in Cebu at about 9 p.m.

My old friends, Eden and Nanie Tumaliwan, celebrated their 60th wedding anniversary with their children and friends. Eden was my Spanish teacher in the University of San Jose-Recoletos. She migrated to United States, then to Canada after her early retirement. We never lost touch because she regularly visited Cebu.