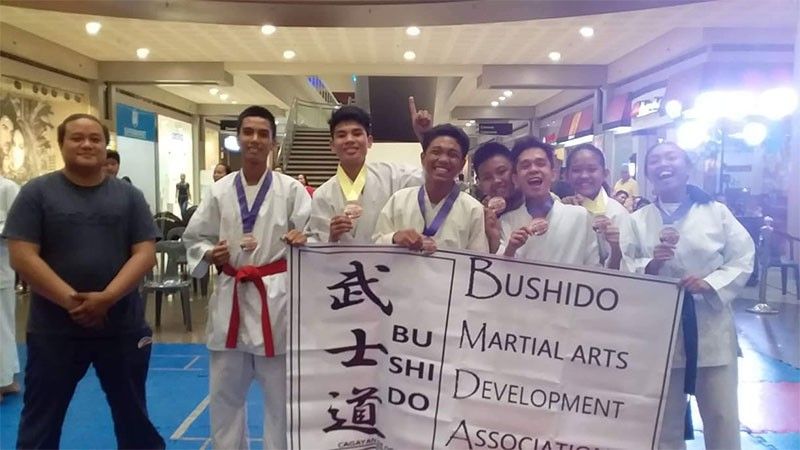 For their feats, the wards of BMDA founding head Michael Pabillore have qualified to represent Northern Mindanao in the Karatedo National Competition to be held on May 4 in Pasig, Metro Manila.

"My instructions were very simple. I just told my athletes to remember why we are here, execute the plan and give the opponents a good fight and to finish the game," Pabillore shared.

Pabillore said the qualifying tourney slated April 23 was the first big karatedo event in the City of Gold for this year.

He said the seven BMDA kumite players were all inexperienced, owing to lack of exposure in major karatedo events in the country.

"But because of their perseverance and undying passion to martial arts sport they were able to make it," Pabillore said.

"I'm so happy not only by their achievements but more importantly on the character they have shown during the competition where everything is put up to the test. For it is the ultimate aim of Martial Arts. Strive for perfection of character, overcome your limits and show good sportsmanship," he added.