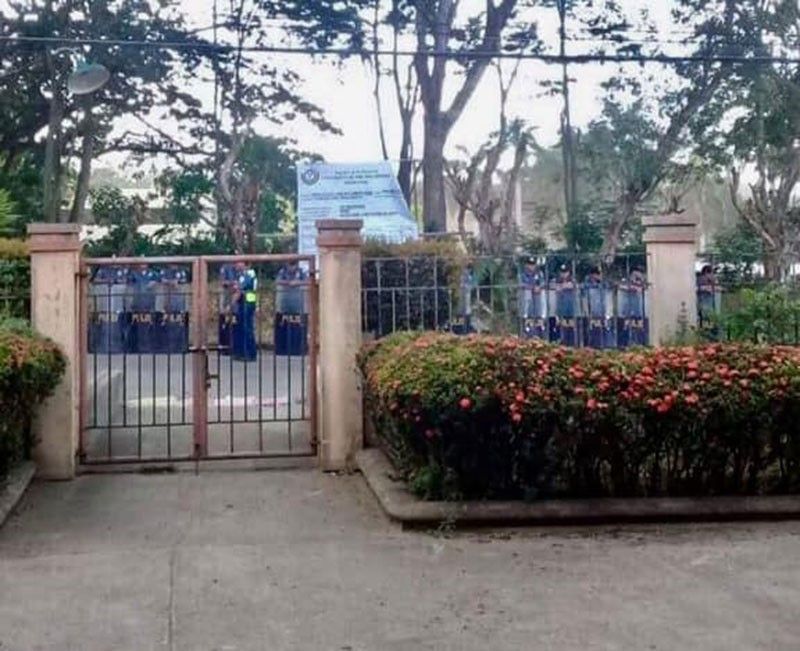 DAVAO. University of the Philippines-Mindanao. (Photo from Himati Facebook page)

THE University of the Philippines (UP) Mindanao student council condemned the recent "dormitory lockdown" during President Rodrigo Duterte's visit inside the university in Mintal, Davao City on April 28.

Duterte was the guest of honor during the opening of the 2019 Palarong Pambansa at the Davao City-UP Sports Complex.

Himati, UP-Min's official student publication, said on its Facebook page that students around the campus were told to leave the premises earlier without prior notice, while students living in the Elias B. Lopez (EBL) Dormitory were also not allowed to leave the dorm premises since 1 p.m. on Sunday, April 28.

The publication interviewed some dormitory resident-students who said they were not allowed to leave because Duterte will arrive for the opening of the 2019 Palarong Pambansa and for security reasons.

Others, however, were allowed but they had to use the road at the side of the Department of Agriculture (DA) and were not allowed to go out in groups.

Reports said security guards were told to lock the dormitory until further notice.

In a separate Facebook post, photos of policemen with shields lined up in front of the EBL Dormitory around 4:50 p.m., following the landing of a helicopter on the football field near the dormitory.

The President arrived around 5 p.m.

The UP Mindanao student council, in its statement posted on its Facebook page, condemned the lockdown, saying there was no explanation given by the school administrator.

"This incident manifests the continuous fascism of the administration, and its attack against the democratic rights of the community under Martial Law," the SC’s statement said in Filipino.

The council said that according to the police forces, the lockdown was a security measure implemented during a presidential visit, since maximum tolerance was imposed during the opening.

"The Palaro is not a problem, in fact the institution and students welcome the delegate athletes. But the imposed lockdown is unjust and must be held accountable," the SC’s statement added.

Department of Education Undersecretary and Palaro secretary general Revsee Escobedo said the organizers were not informed about the incident.

Escobedo also said they also have no information on any planned stage protest from the students.

"But two days prior to the opening, there were attempts of some vendors, they would like to put up stores inside the UP Complex. Pag ‘di ka accredited by the local government unit, you are not allowed to put up there," he said.

UP Vice Chancellor for administration Aurelia Luzviminda Gomez said in a previous report that possible protests will not be coming from UP students, since the latter did not stage a protest when the city conducted the Davao Region Athletic Association (Davraa) in the same venue and the President was also expected to grace the event.

SunStar Davao was still trying to reach the side of the school as of press time.