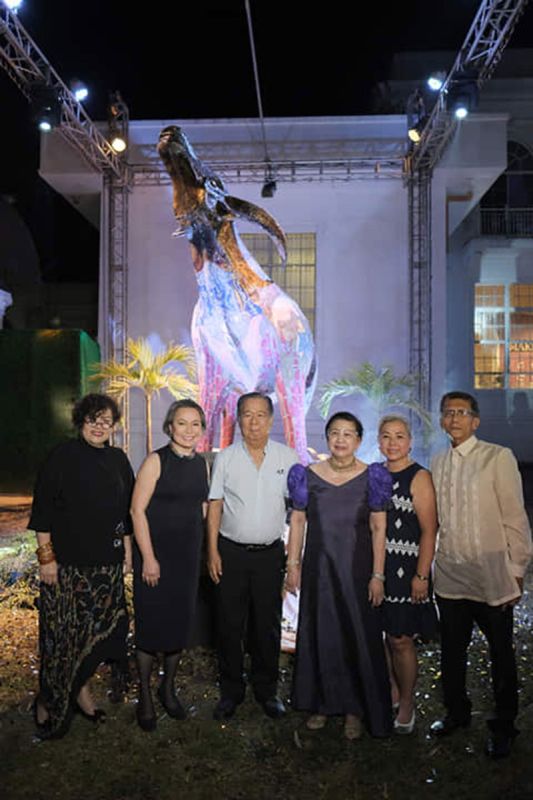 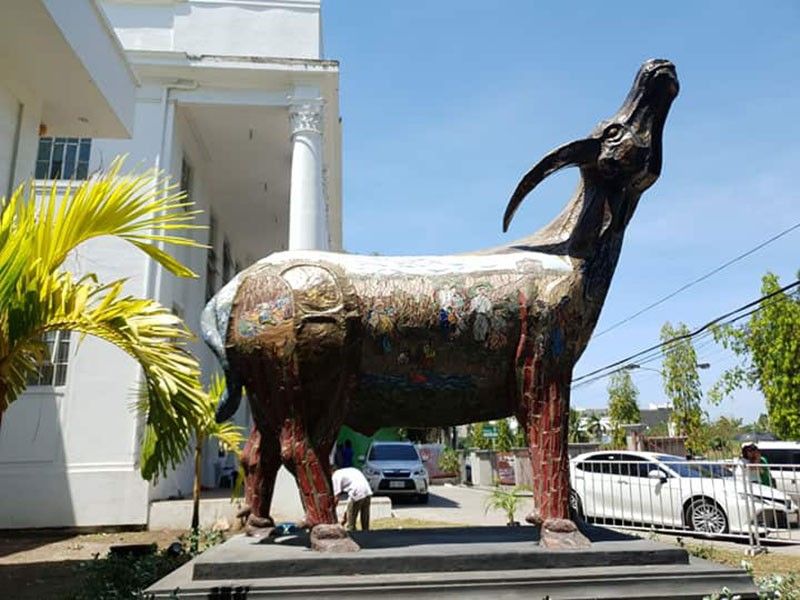 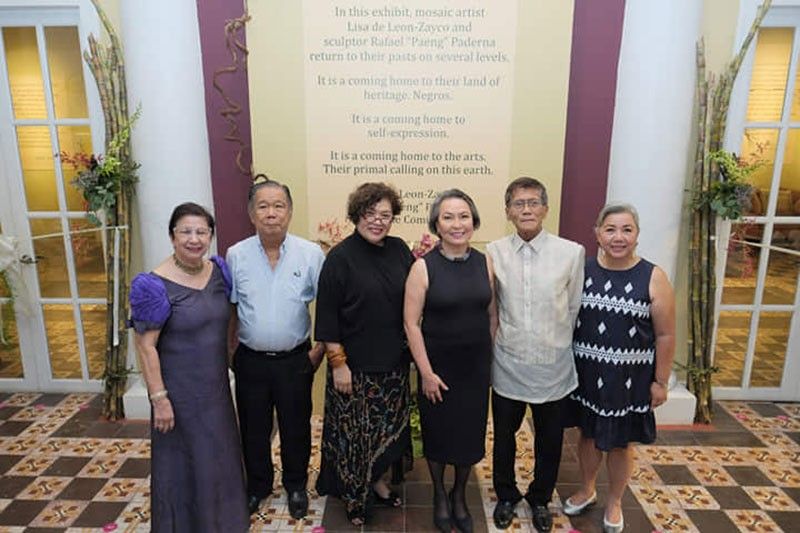 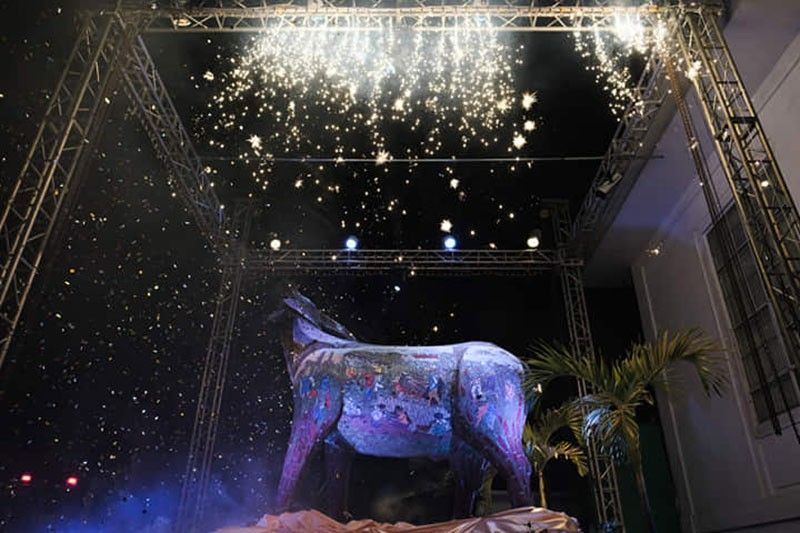 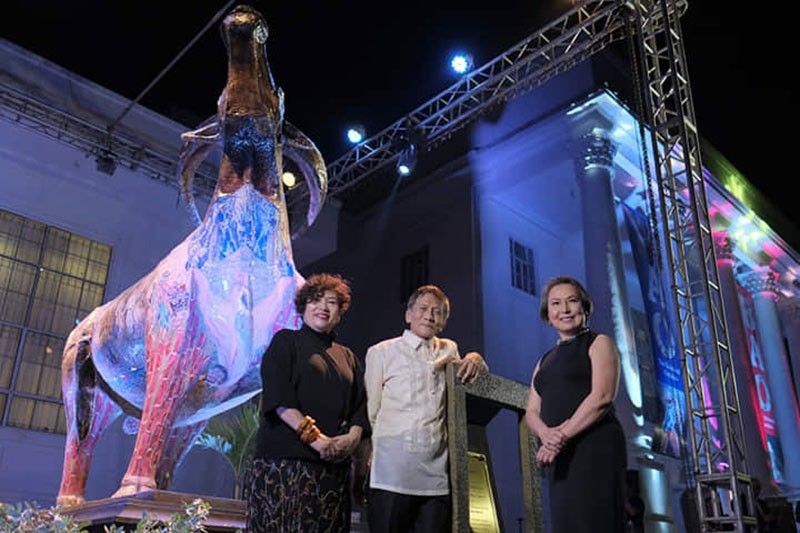 TWO renowned Negrense artists, Lisa De Leon-Zayco, Mosaic artist and sculptor Rafael Paderna with the idea and assistance of benefactor Mrs. Angelica Urra-Berrie launched a "Coming Home" art exhibit at the Negros Museum that was unveiled Monday, April 29, highlighting a majestic art piece called BAO: The Unbowed Carabao, which symbolizes Negrense resilience and hard work, given the fact that Carabao maintains an image of a good-natured animal that did so much for the sugar industry in the province and in the entire agricultural areas in the Philippines.

BAO is the first Carabao to be introduced at the Negros Museum and the third piece of art which is an addition to the two iconic Carabao art deco at the Provincial Capitol Lagoon and Park.

This iconic sculpture was unveiled at the front grounds of The Negros Museum. It features the artistry of Negrense artists, sculptor Paeng Paderna and mosaic artist Lisa de Leon-Zayco.

The masterpiece was commissioned by Angelica Berrie, who says this of the intention of the project: "The narrative of survival through economic, political, and social turmoil in the sugar industry is a tale of endurance and resilience visualized through delicate mosaics overlaid on a five-ton creature born from our Filipino imagination."

A back-to-back exhibition of de Leon-Zayco and Paderna, titled Coming Home, will run for the entire month of May, 2019.

Humanity moves for reasons beyond telling. For moments beyond time. But destiny heeds the call of Coming Home.

In this exhibit, mosaic artist Lisa de Leon-Zayco and sculptor Rafael "Paeng" Paderna return to their pasts on several levels.

It is a coming home to their land of heritage. Negros. The land they owe their history to, giving them a point of beginning. An identity. A land that supplied their DNA.

It is a coming home to self-expression. A thanksgiving for having lived a life filled with the joys of family, and having achieved that, finally deserving a chance to show their artistry.

De Leon-Zayco said, "I interpret life at its very core, all the way to its smallest elements that compose it. Not just the happy moments, but more importantly the heartaches and longings. They give it more depth, substance, and meaning. A part of my soul is in every artwork. Then, and only then, do I become one with my pieces. As I cut my tesserae, new and old, discarded or once cherished, it assures me that life can be made brighter when the undesirable and unpleasant become a part of one's journey. I always say and firmly believe, only in brokenness are we made whole."

Paderna, on the other hand, said, "As a visual artist it is my aim to give physical form to the things I feel and imagine. And through the different mediums, such as paint, metal, and wood, I can transform an idea into art. To recreate what God has created, I choose to give form to the present technology. The wired generation and the artificial intelligence."

Mrs. Berrie said that when they conceptualized the idea, we want it to be charming, lowly, humble and noble Carabao.

This is a something that people can take pictures and it is Instargammable.

Mrs. Lyn Gamboa, Negros Cultural Foundation, Inc. President said that "I have been in this business for almost 45 years. We have been through a lot of little ups and so many downs. For everything there is a season, but an angel came to us and the rest is history."

She appreciated the contribution of the two local artists and Mrs. Berrie to the realization of BAO as an added art attraction at the Negros Museum.