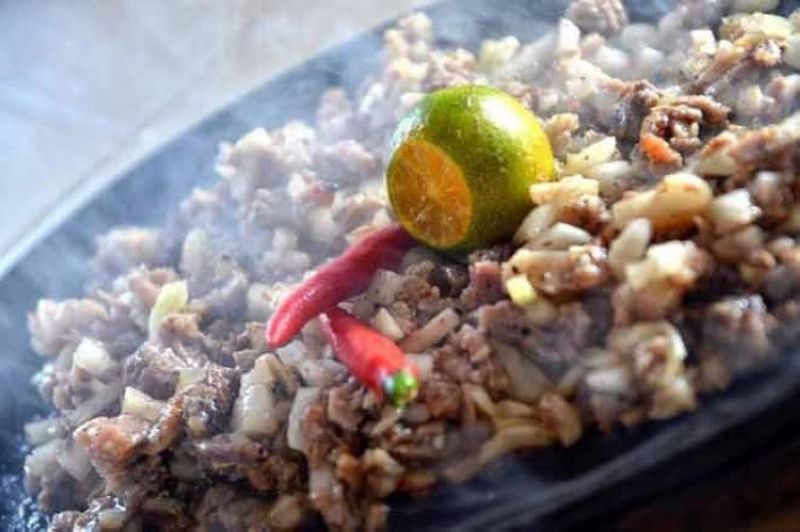 ANGELES CITY -- A jampacked crowd flocked to the historic G. Valdes Street (Crossing) on April 27 as the local government here under the leadership of Mayor Edgardo Pamintuan held the 3rd Sisig Fiesta.

Through the Angeles City Tourism Office (ACTO) and in cooperation with Fresh Options Meatshop, the day-long festivity kicked off with a socio-civic motorcade that traversed some of the major thoroughfares of the city. All motorcade participants converged at the G. Valdes Street which is the birthplace of the original Sizzling Sisig Babi of Angeles.

In his message, Angeles City Tourism Officer John Montances thanked all the partners of the city government who were instrumental to the successful staging of the annual gastronomic celebration. He furthered that the celebration is a great testament and tribute to the creativity and ingenuity of the Kapampangans and their culinary expertise.

The festivity was highlighted by the ceremonial cooking of a 60-kilogram Sizzling Sisig Babi on a giant sizzling plate led by Montances, Councilor Edu Pamintuan, and Dr. Robert Lo, President and CEO of RDF Food Livestock and Food Incorporated (RDFFLFI).

Foodies from all walks of life were also treated to a sumptuous Sisig Banquet which featured different versions of Sizzling Sisig Babi from various hotels and food concessionaires.

For his part, Mayor Pamintuan explained that the famous Sizzling Sisig Babi of Angeles City has been a major part of the city’s cultural legacy.

"Sizzling Sisig has been a part of the Angeleño identity. It represents our culinary ingenuity which gained prominence and earned the appreciation not only of the Filipinos but also of international public figures and authorities,” said Pamintuan, citing New York Times’ tag to Sizzling Sisig Babi as the “best pork dish in the world”.

By virtue of Ordinance No. 405, Series of 2017, "Sizzling Sisig” has been declared as an Intangible Heritage of Angeles. The ordinance seeks to safeguard the original Pork Sisig recipe as part of Kapampangan culinary history and at the same time a yearly tourist attraction.