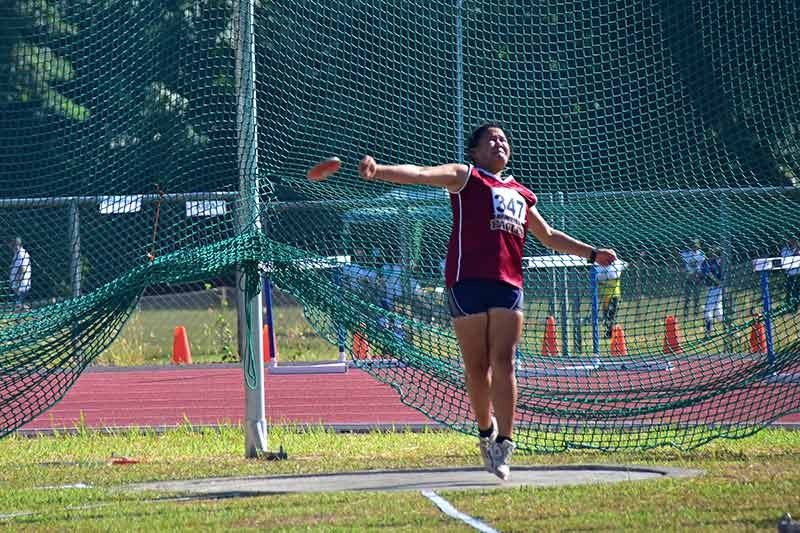 De Lima, 14, a Grade 9 student of Baao National High School in Camarines Sur was elated by her feat although admitting that she was nervous. "Kinakabahan po ako. Di ko alam kung sino sa amin ang nanalo," said De Lima who broke away from stiffest rival Camila Tubiano of Northern Mindanao (NMRAA) in the final 250 meters of the race.

Baluyot, for her part, exceeded expectations by salvaging a bronze in secondary girls discus throw event, which was topped by Ainah Marie Masangkay of the National Capital Region (NCR).

The 17-year-old Baluyot, an incoming Grade 12 student of Kapatagan National High School, which is located at the foothills of majestic Mt. Apo, registered 33.54 meters in her fifth attempt to surpass her own 30.33m record in the Davao Region Athletic Association (Davraa) Meet 2019 last January.

She added, "Ang akong kahago nako nga giagian, gihuna-huna sad nako akong family, ang team og ang region sa akong pagdula (I thought of my sacrifices and hardwork during training as well as my family, the team and the region while I was competing)."

The bronze finish was also her first medal since participating in the annual Palaro five years ago. She aims to win another medal when she competes in shot put at 6 a.m. today.