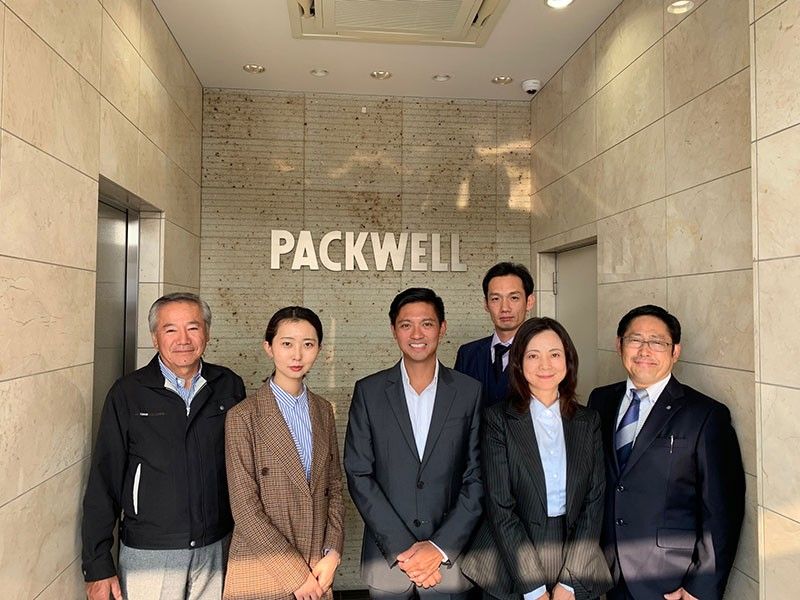 JAPANESE manufacturing firm Packwell, Inc. will be expanding its operations in Asia as it will soon set up operations at the Anflo Industrial Estate (AIE) in Panabo City, Davao del Norte.

Damosa Land, Inc. (DLI), AIE developer and operator, closed the deal with Packwell following the the signing of an agreement in Tokyo, Japan on April 22, 2019. The agreement was signed by DLI first vice president Ricardo Lagdameo and Packwell chairman Masahito Hoshino.

Packwell's manufacturing site at the AIE will be its fifth in Asia and first in the Philippines. The Japanese firm will be putting its factory on a 1.6-hectare lot in the AIE.

DLI said in a statement that Packwell's expansion in Davao Region is expected to bring job and business opportunities in Panabo City and neigboring towns and provinces.

Assistant secretary Romeo Montenegro, deputy executive director of the Mindanao Development Authority (MinDa), said in an online post that Packwell was in Davao City earlier this year to explore potential locations in Davao.

"Subsequent meetings with industry players were arranged and facilitated. Now this!" Montenegro said.

Founded in 1957, Packwell is in the business of designing, manufacturing, and selling of paper packaging containers. Their product portfolio includes lidded boxes, cardboard-lined jackets, paper-lined jackets, and other quality packaging material for luxury pieces and collectors’ items.

Aside from the soon-to-operate production facility in Panabo City, the company has three facilities in Japan and one in China.

Packwell's entry in the AIE makes it the tenth locator of the industrial park. Among the notable locators of AIE are Del Monte Fresh Produce Philippines and Phildutch Polymer Inc. Packwell is also not only the foreign firm setting up operations at the industrial estate. There are also locators from the United States, China, and Netherlands.

The 63-hectare AIE is a Peza accredited industrial park focusing on agro-industrial processing as well as light manufacturing. The project commenced construction in 2016 and brought in its first locator that same year. To date, AIE’s first phase is 85% occupied bv various international locators. the industrial park is also 300 meters away from the Davao International Container Terminal in Panabo City.