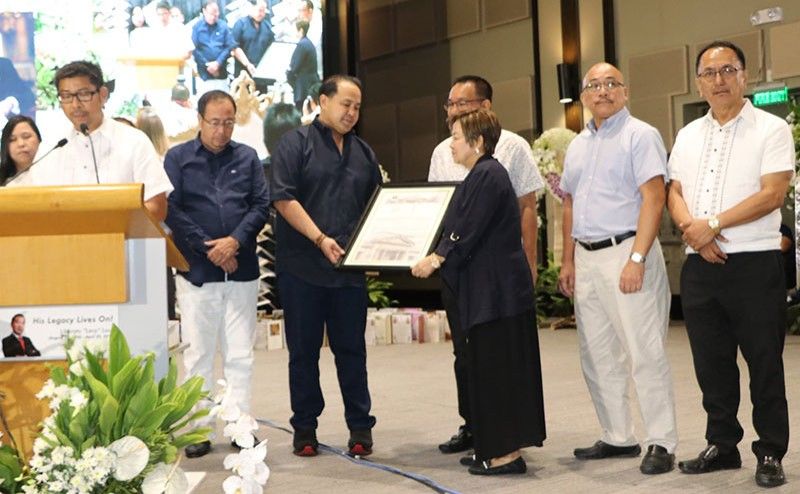 CITY OF SAN FERNANDO - The provincial government of Pampanga, through its Sangguniang Panlalawigan (SP), honored the late businessman and civic leader Liberato “Levy” P. Laus who died in a helicopter crash recently.

SP Resolution No. 5419, passed by the provincial board and presented to the Laus family during the necrological service on Monday evening, officially recognized the contributions of the late LausGroup of Companies patriarch that benefitted the Kapampangan community.

The resolution recalled the humble beginnings of Laus until he made his once small automotive dealership into a diversified conglomerate, the LausGroup of Companies that has provided thousands of jobs for Kapampangans.

It branded Laus as “the most familiar champion of countryside development”, aside from being the most accomplished and awarded businessman of his generation, a visionary, and a family man.

“When Mt. Pinatubo erupted in 1991 that threatened to bury San Fernando and other parts of Pampanga, with his leadership skill, organizational savvy and dodged conviction, spearheaded the organization of the Save San Fernando Movement to bring together government leaders, businessmen, and other members of the civil society to save this city and the province from lahar devastation,” the resolution read.

The resolution also noted that Laus’s untimely demise “is a great loss not only to the Laus family but to the people of Pampanga and Central Luzon.”

“The province of Pampanga, under the leadership of Governor Lilia Pineda, joins the Laus family in mourning the untimely demise of their patriarch. His legacy will forever inspire this generation and the future generations of Kapampangans and non-Kapampangans,” it read.