Espinoza: From bad to worse!

THE relationship between the Cebu City police and the incumbent Cebu City officials have gone from bad to worse. Last week, I wrote in this corner that from my recollection, this is the first time that the election in Cebu City wherein the police and the city officials are at loggerheads. Perhaps, this is the first election in Cebu City where the police are actively performing their job under the authority of the Commission on Elections.

The tiff between Cebu City Police Office Chief Police Col. Royina Garma and Mayor Tomas Osmeña started when he threatened to cut off the support for the city’s police force that includes their allowances and Garma harshly responded that the city mayor considered it disrespect.

The situation between Mayor Tomas and the city’s police chief as well as the Police Regional Office 7 Director Debold Sinas worsened during this election season. Mayor Tomas felt threatened by the police checkpoints put up in a road across his home in Guadalupe, which is not the main road. And the alleged harassment of the barangay captains allied with him.

Both sides are now preparing charges against each other after the Sunday night’s incident when the convoy of Councilor Mary Ann de los Santos, who is the runningmate of re-electionist Mayor Tomas for vice mayor, was flagged down in a police checkpoint led by Police Maj. Chuck Barandog. Both sides claimed breach of the rules. But de los Santos cried foul with the way the policemen conducted the checkpoint.

But Garma accused Osmeña of harassing the policemen who conducted the checkpoint when he returned to the scene and intervened. De los Santos said his lawyers are now preparing the charges against the policemen. Garma said they are also preparing the charges against the city mayor, the councilor and their convoy for not heeding the checkpoint. In fact, the motorcycles involved were impounded.

The opponents of Osmeña and his party in the coming May 13 elections accused him of being childish and grumpy, instead of being grateful that the city’s police put up the checkpoint near his house. In an implied and clever attack on his opponent, Vice Mayor Edgar Labella, who is running for city mayor, thanked the police for securing his home.

So what message do we get from this current fall-out between the elected and appointed officials of government? Admittedly, the answer would depend on which side a voter supports. Osmeña’s camp suspects that the police are being used in the coming elections, an accusation that the police strongly denied. Osmeña’s critics though accused him of allegedly engaging in the same strategy in the past.

This current political humdrum, though, does not sit well in the administration of President Duterte that promised a graft-free and orderly government, but people are killed every now and then, but the killers are scot-free. So how long will this present turmoil last? I wish this will be over and done now and not wait after the polls.

On the other hand, I’m deeply surprised that the policemen on checkpoint have Temporary Operator’s Permit (TOP), but the traffic enforcers do not have one. We’ve been complaining of the abusive drivers of private and public utility vehicles, but the police only did little to apprehend and discipline these erring drivers, which is a source of the traffic woes on the road. Well, to say it flippantly, the current unpleasant events are just part of politics Philippine style.

But before anything else, a snappy salute to the labor sector on this Labor Day for making us what we are today. 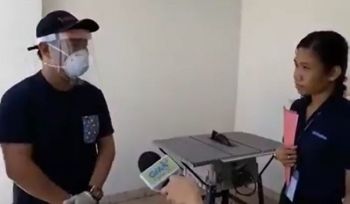 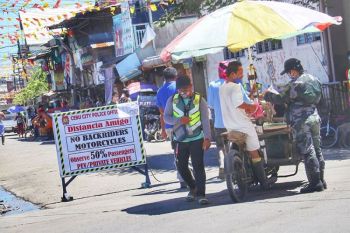