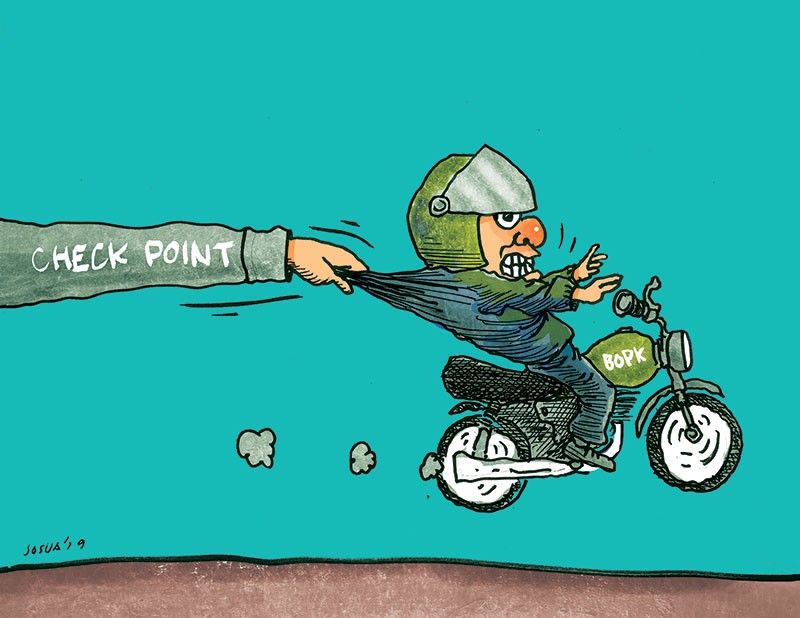 Police Major Chuck Barandog, chief of the City Mobile Force, said they flagged a motorist that was following the convoy of the BOPK candidates. The man, he’d find out later, was a bodyguard for BOPK vice mayoralty bet Mary Ann delos Santos.

“Wala man sad ko kahibalo nga iya tong bodyguard motorcycle convoy. Akong gipara. Di man gyud mohunong. Mao to, ako siyang gihawiran hangtod nga natumba sa karsada (We didn’t know the driver of the motorcycle was part of her bodyguard convoy. So I pulled the driver over, but the driver would not stop. So I held him until he fell on the ground),” said Barandog in a SunStar report.

That was as far as Barandog’s version was concerned, and it didn’t quite contradict with Delos Santos’s, that although the latter’s vehicle was not “totally stopped,” one of her men was apprehended by the group of policemen headed by Barandog. Another security officer of de los Santos reportedly tried to help his fellow bodyguard who was now lying on the ground, but a checkpoint officer allegedly pointed a gun at him.

De los Santos complained why the PNP had to set up a checkpoint right next to the gym where the supposed BOPK campaign rally was to take place. “It’s not even the main road,” she said in an interview with SunStar. Osmeña pointed out why the checkpoint was done in a poorly lit area and why were the officers let the passengers out of the vehicles and searched through the things inside without a search warrant. There was harassment, Osmeña said.

The facts of the incident will have to be determined in the proper venue. Cebu City Police Office Chief Royina Garma, on the other hand, also cried harassment, saying that it was instead Osmeña and de los Santos who were bullying her men.

Details in the reports, however, touch on certain provisions in Comelec Resolution 3420, on checkpoint procedures.

Barandog might be right in making further action when de los Santos’s bodyguard did not stop when he was flagged. The suspicion would be enough to effect an arrest.

However, the guidelines also state that checkpoints must be done in well lit areas, and should be performed in a manner causing only minimum inconvenience on the persons searched, to the point that “civil, political and human rights of the person/s are not violated.”

Was the Kasambagan checkpoint done by the book? Did the men and women of the BOPK sortie caravan behaved properly amid the checkpoint?