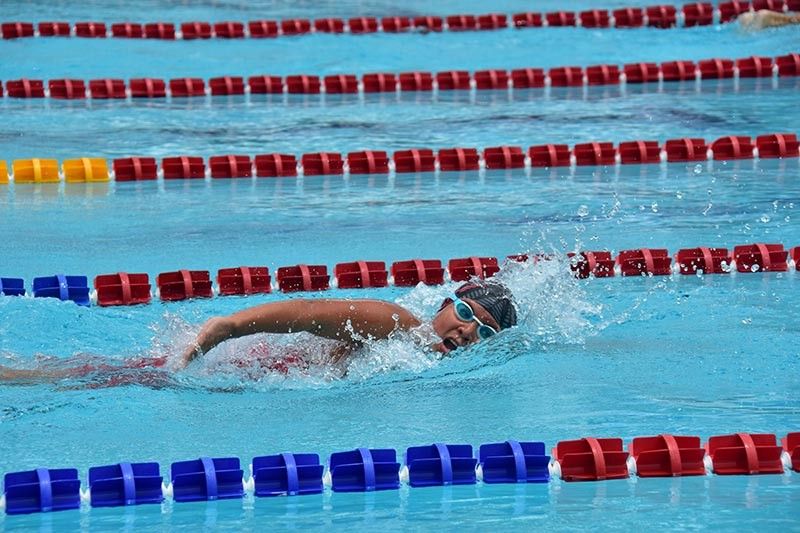 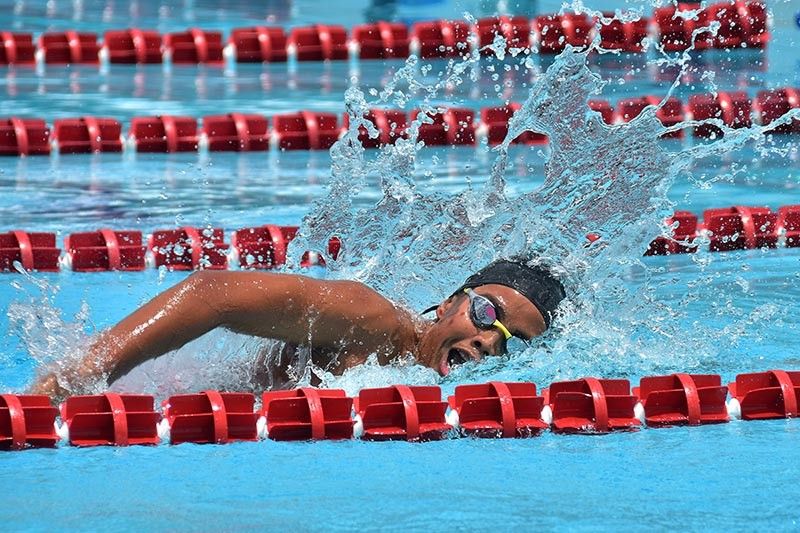 DAVAO. Eirron Seth Vibar, who only got a bronze in Ilocos Sur last year, improves to a silver medal finish in secondary boys 400-meter freestyle in the opener of the Palarong Pambansa 2019 at the Davao City-UP Sports Complex Aquatics Center Tuesday. (Macky Lim)

HOST Davao Region (Davraa) Eagles dropped to an all-time low in the overall medal tally at 16th place among 17 competing regions following another gold medal shutout in the second day of the Palarong Pambansa 2019 being held in separate venues in Davao City as of 3 p.m. Tuesday.

Davao City tankers Eirron Seth Vibar and Juliana Marien Villanueva fell short of the gold and settled for the silvers instead at the start of the swimming competition at the Davao City-University of the Philippines (UP) Sports Complex Aquatics Center.

“Grabe it’s overwhelming. I am proud of myself for winning a silver because I only got a bronze in last year’s Palaro,” the Grade 10 Apo Learning Village student, who is competing in his sixth Palaro stint, said.

Villanueva, for her part, retained the secondary girls 400m freestyle silver she won in the Ilocos Sur Palaro in 2018. She, however, smashed her own 4:46.25 record with a new time of 4:43.29. Perennial rival Janelle Alisa Lin of Ilocos Region registered 4:40.97 to claim the gold while Soccsksargen’s Thea Diane Canda (4:44.02) bagged the bronze.

“I just thought of doing my best during the swim. I feel happy though for beating my time,” she told SunStar Davao in an interview, adding that she aims to defend her 800m freestyle gold on Thursday. She currently holds the secondary girls 800m Palaro record.