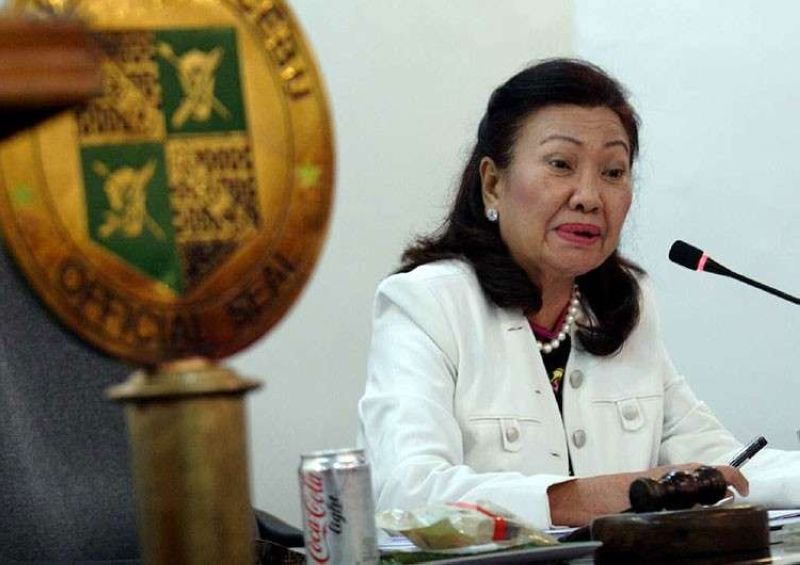 REAL properties like houses and lots and personal properties like cash in banks, business investments, cars and jewelry have made some elected officials of the Cebu Provincial Government rich in assets.

Records at the Provincial Human Resources and Development Office (PHRDO) revealed that Vice Gov. Agnes Magpale leads the list of richest Capitol elected officials, based on their 2018 statement of assets, liabilities and net worth (SALN).

Of the 19 elected Capitol officials, only 17 have submitted their SALN to the PHRDO as of 1 p.m. Tuesday, April 30.

The SALNs of Provincial Board (PB) Members Victoria Corominas-Toribio and Edsel Galleos were not available as of press time.

The vice governor declared a total assets of P62,683,333 with zero liabilities.

Of the amount, some P17.8 million is for real properties which include two condominium units in Manila, an agricultural lot in Nueva Ecija, a house and lot in Cebu City, and a beach resort in Danao City, among others.

Magpale's personal properties amounting to P44,833,333 include cash in hand and in bank, cars, jewelries, furniture and appliances and investments.

She also served as president of family-owned Northeastern Cebu Colleges and has financial connections with JD Almendras Agro Industrial Development Corp., both located in Danao City.

The next richest Capitol official is fourth district PB Member Horacio Franco with a net worth of P51.9 million.

Franco reported P49 million worth of residential properties in Cebu City and an agricultural lot in the northern town of Tabogon.

Aside from real properties, Franco has personal properties amounting to P2.9 million, which include a car, cash and business shares.

Third on the list is second district PB Member Jose Mari Salvador with P47,950,200 and no liabilities.

He also reported personal properties worth P39,412,200 which include cars, cash in bank, jewelries, appliances and public utility jeepneys.

Salvador owns a chain of gasoline stations in the south, a water refilling station, a pizza franchise, a taxi business and a hauling company.

He reported P30,272,500 worth of industrial and residential properties. He also declared cars, jewelries, cash and capital stocks worth P5,826,500.

His liabilities amounting to P1,113,416.60 include a car loan, credit card payables and a salary loan from Pag-Ibig.

Next on the list is third district PB Member Alex Binghay at P26.2 million.

Binghay's liabilities worth P3.67 million include loans for his truck, motorcycles and car and a business loan.

He owns Bivel Enterprise, leads a family corporation and cargo handling firm and has shares in Hilton Resort Inc. and Club Enterprise.

Fourth district PB Member Sun Shimura reported a net worth of P25.7 million with no liabilities.

His assets include a residential lot in Daanbantayan, cash in bank, cars and jewelries.

Shimura also owns a water refilling station in Daanbantayan and a massage and spa business in Mandaue City.

Davide reported assets worth P17,210,049.04, which include a house, a condominium, two residential lots, an agricultural lot, car, cash in bank, jewelries, furniture and appliances.

His lone liability comes from credit card payables at P100,000.

Following Davide is sixth district PB Member Glenn Bercede with a net worth of P16.47 million.

Association of Barangay Councils president Celestino Martinez III declared a net worth of P7.3 million with assets worth P9.1 million and liabilities at P1.8 million.

Martinez owns a resort and dive shop in Masbate and a fish pond in Bogo City.

Seventh district PB Member Christopher Baricuatro reported a net worth of P5.57 million with assets worth P6.27 million and liabilities worth P700,000.

He owns a manning agency and operates a food business.

Sybico serves as assistant general manager of an enterprise in Danao City.

He declared assets worth P175,000, which include cash and a motorcycle. His lone liability is a motorcycle loan worth P124,000.

Under Republic Act (RA) 3019, or the Anti-graft and Corrupt Practices Act, and RA 6713, or the Code of Conduct and Ethical Standards for Public Officials and Employees, elected officials are required to submit their SALNs every year to the Ombudsman by April 30. (RTF)