Pahela Baishakh, the best time to be in Bangladesh 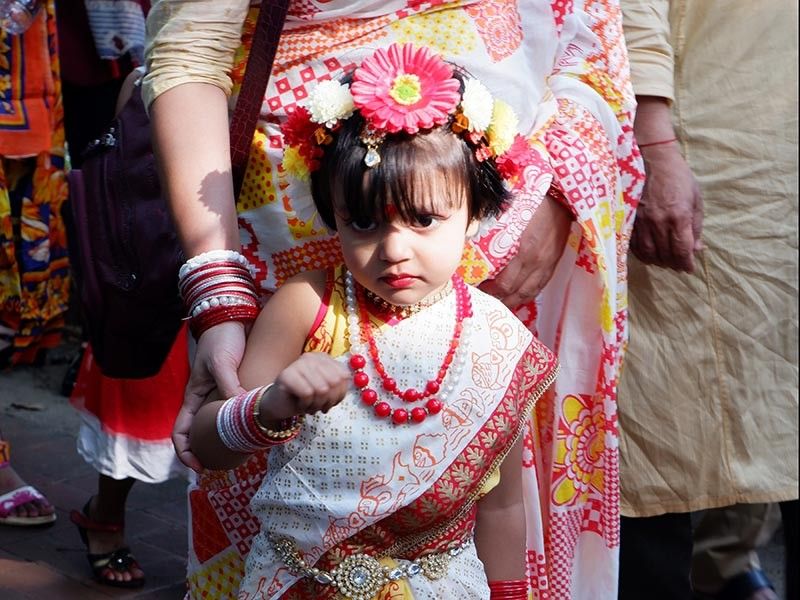 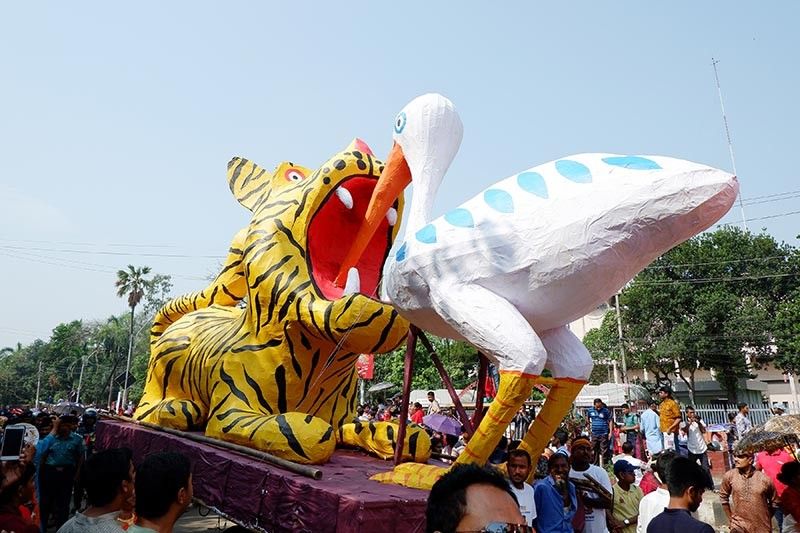 BANGLADESH. The Bengal Tiger and the stork. (Jinggoy I. Salvador) 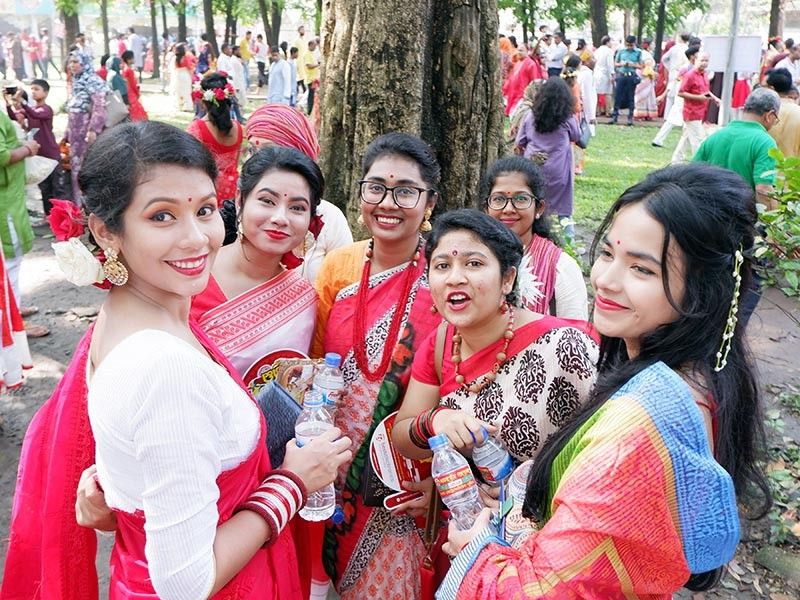 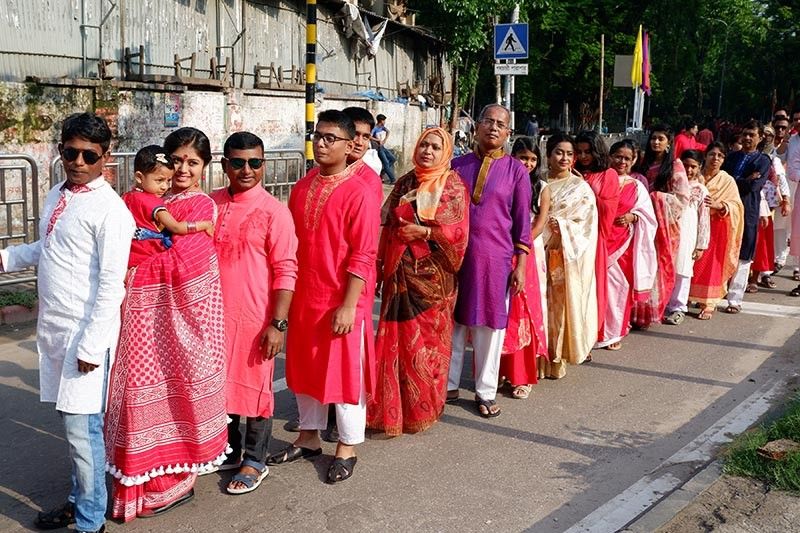 BANGLADESH. Long queue at the entrance of Ramna Batamul. (Jinggoy I. Salvador) 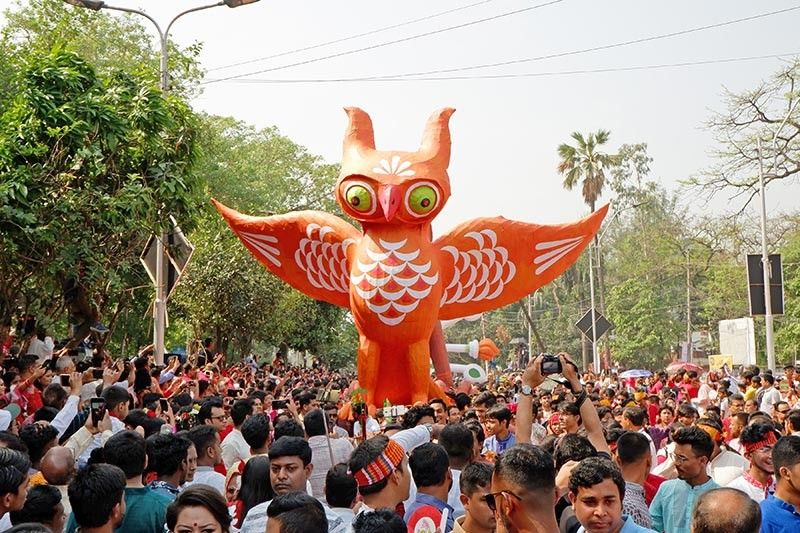 BANGLADESH. Gigantic images of animals at the Mangal Shobhajatra. (Jinggoy I. Salvador) 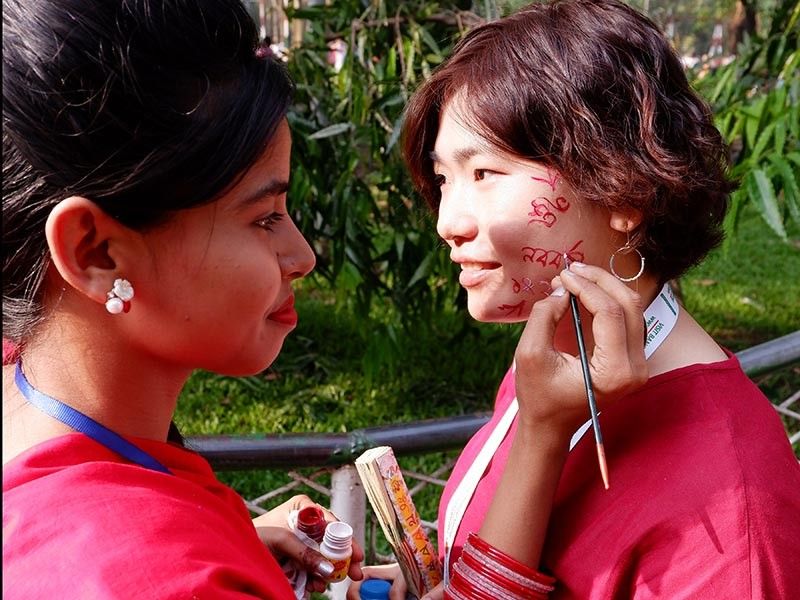 BANGLADESH. Korean journalist gets her face painted. (Jinggoy I. Salvador) 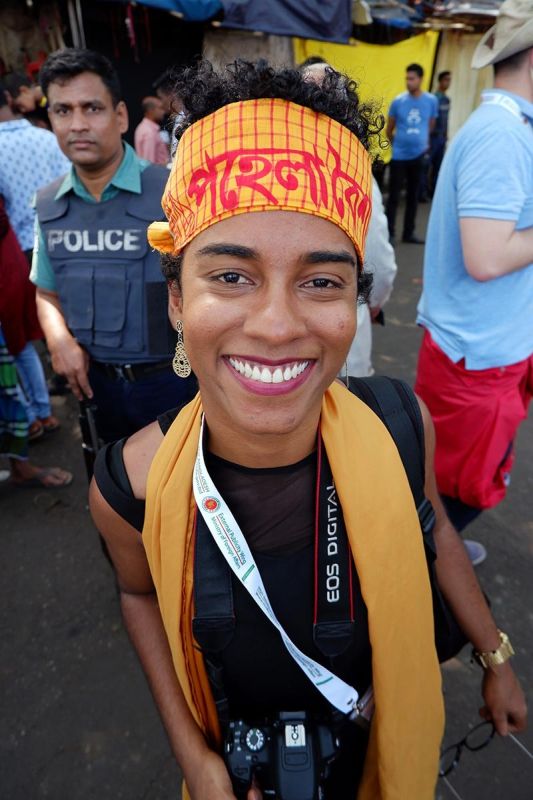 AN INVITATION to visit Bangladesh came my way. I didn’t know what to expect from the place, but I hopped on the plane anyway. Three plane rides and 21 hours later, I was in Dhaka, the capital of Bangladesh.

Arriving at 3 a.m. local time, it was good to receive a warm Bengali welcome. Ashiq Billa, an assistant secretary from the Foreign Ministry, was efficient in assisting the processing of entry and acquiring a local SIM card. “So we can be in touch at any time during your stay here,” he said. Impressive. It was the start of good things ahead.

There was a flurry of excitement in the hotel. The staff was busy decorating the interiors like there was an important event about to happen. “Your arrival is in time for the celebration of the Pahela Baishakh,” said the receptionist.

Pahela Baishakh translates to “first of Baishak,” referring to the first day of the Bengali Calendar. Yes, that’s the Bengali New Year aka Bangla Noboborsho, a public holiday celebrated on April 14th of the Gregorian calendar. It’s one of the country’s major festivals.

I was in Bangladesh at a most auspicious time. Greetings of Shubho Noboborsho (Happy New Year) were in order.

What’s the festival like? The New Year’s festivity kicks off at dawn with one of the integral components—a mass procession called Mangal Shobhajatra. It’s a tradition conceived by the Faculty of Fine Arts and students of the University of Dhaka in 1989 (their way of demonstrating against the regime). In 2016, the festival was declared by the UNESCO as an intangible cultural heritage.

In their festival best of red and white—men in punjabis and women in saris and flower garlands crowning their heads, the revelers take part in the colorful procession. They walk alongside themed floats, gigantic masks, and replicas of animals that represent evil, courage and peace. They march united with a vision of progress for their nation.

With song and dance as part of the celebration, the Ramna Batamul is the go-to venue. Under the giant banyan tree, performers from the Chhayanaut Sangeet Vidyatan, an institution devoted to Bengali culture, take center stage. The tune of Rabindranath Tagore’s “Esho He Baishakh” fills the air at the break of dawn.

I witnessed what the festival is all about. The locals were filled with joy, beaming the most brilliant of smiles and it was infectious.

You know what makes Pahela Baishakh truly special? In a country with 164 million people composed of Muslims, Hindus, Buddhists, and Christians, the day celebrates one thing: being Bengali. One people united regardless of religion, class, age, or gender. This was Lesson No. 1 for me on Day 1 in Bangladesh.