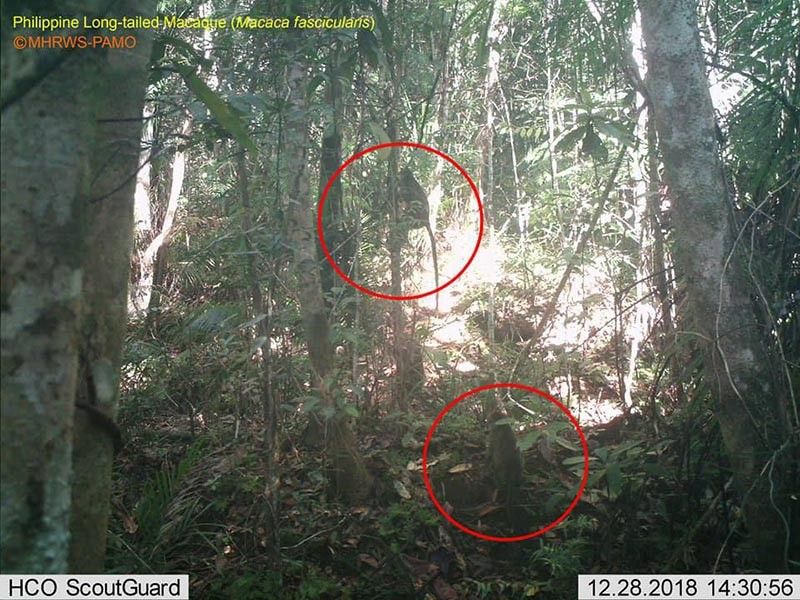 DENR-Davao captured on camera the Philippine warty pigs (Sus philippensis), Philippine deer (Cervus mariannus) and three Philippine macaques (Macaca fascicularis philippensis). The macaques are listed under International Union for Conservation of Nature’s (IUCN) Near Threatened Species which means that it is prone to extinction due to its small population.

The presence of these animals speaks of the status of the forest which means it’s in good condition.

DENR-Davao chief for Public Information Jayvee Jude Agas said Tuesday, April 30, these cameras have helped them in sighting animals that are present in the forest and strengthen biodiversity conservation.

“With this state-of-the-art equipment, we will be able to know and identify what are the endemic wildlife species that are present in the area,” Agas said.

“And with strengthened information dissemination, we will be able to heighten people’s awareness on the significance of these endemic species to our forest and the importance of having healthy biodiversity. Eventually, we can also encourage them to help us in protecting and conserving these species,” she added.

In Davao Region, it is only in Mt. Hamiguitan where they have installed cameras. The five cameras installed within the Unesco World Heritage Site is seen to help DENR in the implementation of Biodiversity Monitoring System (BMS) in protected areas. This will allow DENR to gather data and protect endemic animals as well as in providing awareness to the public.

Agas said these cameras focus on trails to record the entry and exit of people in the area and there are those strategically placed on the established trails of animals.

“Hamiguitan lang as of now and we will be installing additional cameras sa area in the coming months,” she added.

The Biodiversity Management Bureau of DENR said the focus of BMS is to identify trends in biodiversity and its use to guide the actions of the PAMB, the local government units, and the local communities in natural resource management. This will lead to improving conservation actions and more sustainable use of forest, wetlands and marine resource.