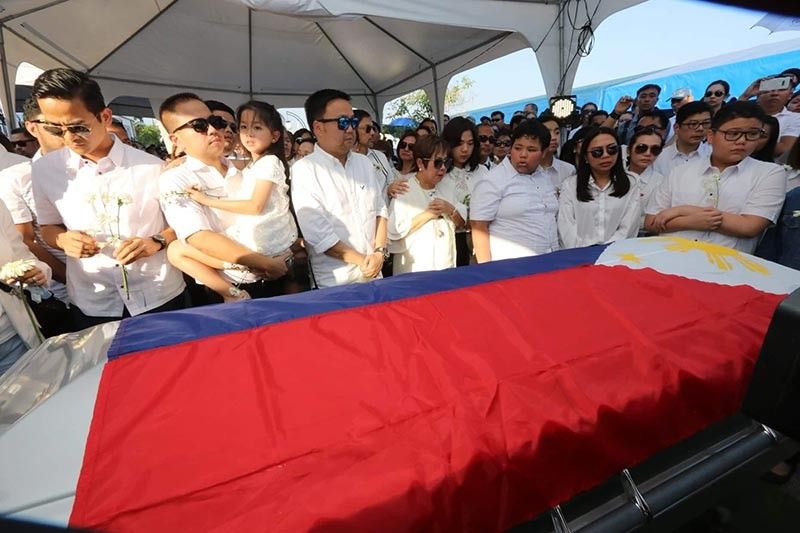 The late businessman’s remains were earlier taken to the LausGroup Event Center for public viewing and necrological services.

Rodriguez said the late businessman’s legacy will live on with his friends and family, as well as with the change the latter had effected for the City of San Fernando.

The former lawmaker added that Laus has been a forerunner of countryside development in a time when it was not fashionable advocacy.

Rene Romero, a close partner of Laus at the Pampanga Chamber of Commerce and Industry, said Laus was a “consummate leader.”

“He helped promote economic development and progress in Pampanga. He helped homegrown companies, like mine, to become progressive and competitive,” Romero said, adding that PamCham would not have become what it is today without Laus.

Eulogies were also delivered by Paul Tristan Laus, the eldest son of the late businessman and daughter Lissette Laus-Velasco.

The Laus siblings vowed to keep the values taught by their father and to strive to sustain the business and service legacy left behind by their father.

The late businessman’s remains were taken out for interment on Tuesday, April 30.

Dozens of friends of the Laus family joined in the funeral procession that snaked through the Dolores district until it reached the family crypt at Sanctuario De San Fernando Memorial Gardens.

Laus and two other men were killed in a helicopter crash in Barangay Anilao in Malolos, Bulacan on Thursday, April 25.