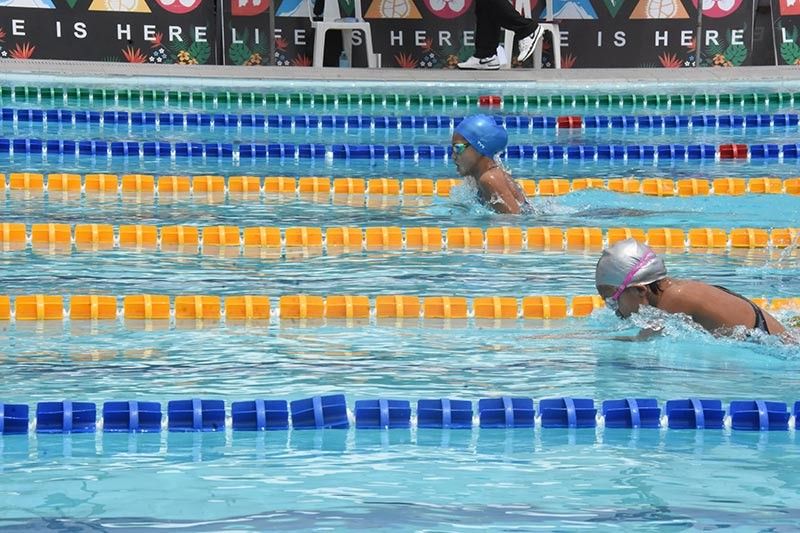 DAVAO. Liaa Margarette Amoguis, left, admits being distracted in her Breaststroke as she settled for the silver medal instead in elementary girls 200-meter individual medley event of the Palarong Pambansa 2019 swimming competition at the Davao City-University of the Philippines (UP) Sports Complex Aquatics Center Wednesday, May 1, 2019. (Marianne L. Saberon-Abalayan) 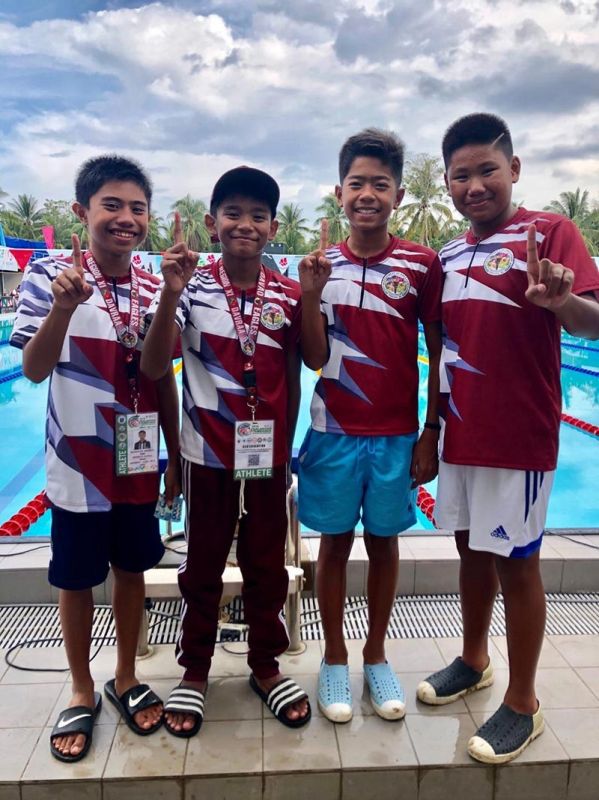 FOUR young boys - Pietro Requiza, Paolo Miguel Labanon, and Jabahri Dilangalen of Davao City along with Rain Andrei Tumulac of Tagum City, all 12-year-olds, saved the day for host Davao Region Athletic Association (Davraa) who at last struck for its first gold medal on the third day of the ongoing Palarong Pambansa 2019 Wednesday, May 01.

People of Davao Region could now heave a sigh of relief as these swimmers kept Davao from further embarrassment having been at the bottom two of the medal tally after two days of Palaro action.

Tumulac, who salvaged a bronze in elementary boys 200m freestyle during Tuesday’s swimfest opener, was ecstatic about their team’s victory as they were very much aware that the region has yet to win a gold. He anchored the team with his freestyle skills.

The Visayan Village Central Elementary School student said he broke away in the last five meters.

He said they’ve been training for a few months together at the Davao del Norte Sports and Tourism Complex in Tagum City.

Dilangalen, for his part, also snatched a silver in elementary boys breastroke while Dabawenya Liaa Margarette Amoguis axed a silver in elementary girls 200m individual medley. The stinging loss stunned Abba’s Orchard Montessori ace Amoguis who was leading the first 190 meters of the race. She finished in 2:34.45 while Calabarzon’s Aubrey Tom checked in at 2:34.15 to secure the gold.

“I’m actually very dissapointed and angry at myself because I was keep on looking at my opponents in breastroke and I lost all those seconds that I could be gold,” she said, adding that her coach and parents also attested that she was distracted in her breastroke.

She was also aware that Tom, whom she already knew as `fast in freestyle’, was chasing her.

The multiple Batang Pinoy Mindanao gold medalist, however, said God must have a reason why she finished second.

Amoguis went on saying, “Maybe in the next competition I could make my city, parents, coach, and friends proud of me.” She is still competing in other events.