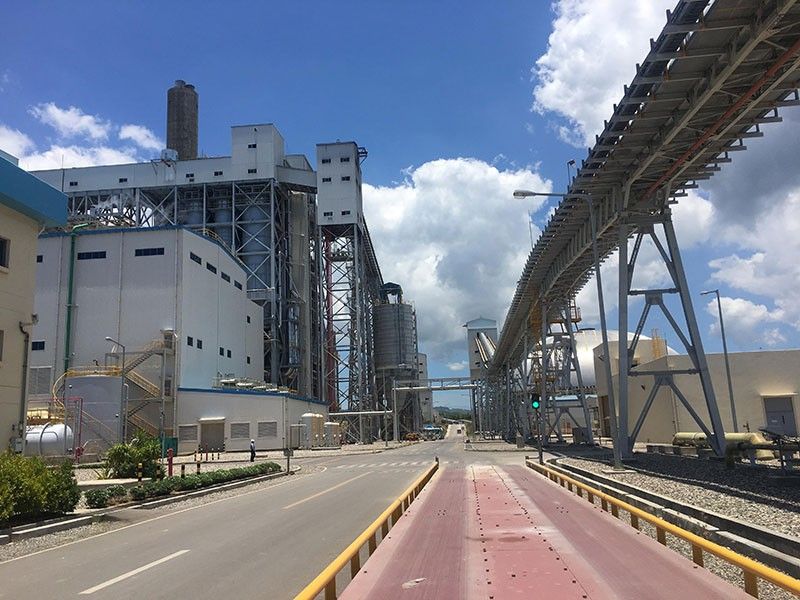 CEBU. Aboitiz Power Corporation reported a lower net income in the first quarter of 2019 as it had to purchase replacement power due to outages and over-contracting in preparation for Therma Visayas Inc. (TVI) coming online in mid-April. (Contributed Photo)

AboitizPower said its consolidated net income of P3.6 billion for the period was 9.0 percent lower than the P4 billion recorded for the same period last year due to the .

The company had to purchase replacement power due to outages and over-contracting in preparation for Therma Visayas Inc. (TVI) coming online in mid-April this year.

Electricity spot market prices were, however, "exceptionally high" during the period, AboitizPower said in a statement.

Without these one-off losses, core net income for the first quarter of 2019 was P4.1 billion, 21% lower year-on-year (YoY) because of the higher volume and cost of purchased power.

In a separate statement, AEV said the underlying causes of this decline have mostly been resolved and AboitizPower is on track toward exceeding its 4,000-MW net attributable capacity target by 2020.

AboitizPower is the largest business unit of AEV, accounting for 71 percent of total income contributions in the first quarter.

In a separate statement, AEV said its consolidated net income decreased by 27 percent to P3.5 billion in the first quarter of 2019.

The listed holding company of the Aboitiz Group recorded consolidated earnings before interest, tax, depreciation and amortization of ₱12.4 billion, 11 percent lower year-on-year (YoY) than the ₱13.9 billion logged for the first quarter of 2018.

“Despite challenges, our long-term fundamentals remain intact. Our growth platform has expanded to 10 other countries across the Asia Pacific, providing us natural listening posts for expansion opportunities,” said Erramon I. Aboitiz, AEV president and chief executive officer.

“Our economy continues to grow at a healthy rate, and that is great for us Filipinos as well as all of us in business who are supplying the different consumers in the Philippines. We continue to invest in all of our units both here and abroad. We remain committed to our purpose of driving change for a better world by advancing business and communities,” Aboitiz added.

On a stand-alone basis, UnionBank and its subsidiaries recorded a net income of ₱2.2 billion in the first quarter of 2019, down by 26 percent from the ₱2.9 billion earned in the same period last year.

Nonetheless, the bank’s recurring income improved YoY as net interest income and fee income increased to ₱4.7 billion and ₱530 million, respectively, from ₱4.6 billion and ₱313 million in the first quarter of the previous year.

AEV’s non-listed real estate segment, comprising AboitizLand and its subsidiaries, reported a consolidated net loss of ₱44 million in the first quarter of 2019, 174 percent lower than the ₱59 million recorded in the same period in 2018. The decline was due to the deferred revenue recognition of industrial lot sales combined with higher direct project expenses.

For the Infrastructure BU, Republic Cement & Building Materials Inc.’s contribution to AEV was a net loss of ₱32 million, 61 percent lower than the ₱82 million net loss reported in the corresponding period in 2018. This was mainly due to improved control on production costs in addition to stable market prices and private sector demand.

AboitizPower, meanwhile, recorded consolidated earnings before interest, tax, depreciation, and amortization (EBITDA) of P10.4 billion for the period, 13 percent lower than the P11.9 billion for the first quarter of 2018.

“It has been a challenging first quarter for the industry and AboitizPower. The planned maintenance shutdown of power plants in preparation for the upcoming elections, coupled with forced outages, resulted in the grid's thinning reserves. Despite this, our customers remain our top priority and we ensured delivery of replacement power from the spot market,” said Emmanuel V. Rubio, AboitizPower executive vice president and chief operating officer.

AboitizPower’s generation and retail supply business recorded a consolidated EBITDA of P8.6 billion in the first quarter of 2019, 15 percent lower than the P10.1 billion recorded during the same period last year.

This was primarily due to higher volume and cost of purchased power. As previously mentioned, spot market prices were high during the first quarter of 2018, and the company purchased replacement power caused by outages and over-contracting in preparation for TVI’s incoming capacity addition.

“We are excited with new supply contracts and new power plants that have started to deliver power to the grid, which should contribute to our bottom line starting this year,” Rubio said.

“We will continue to pursue our renewable energy projects as we look forward to the implementation of the Green Energy Option Program and Renewable Portfolio Standards. We are committed to continue providing the country with adequate power supply that is affordable and sustainable,” Rubio added.

The company saw energy sales increase to 1,343 gigawatt-hours (GWh), which was 3.0 percent higher than the 1,298 GWh recorded in the first quarter of 2018. This was driven by the increase in new customers across all segments. (SunStar Philippines from PR)